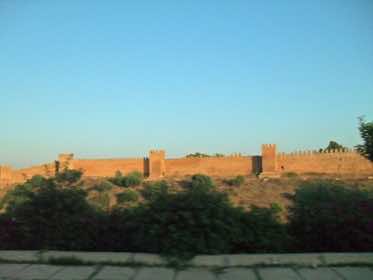 The number of tourist arrivals in Morocco rose 6.3 percent in the first half of the year to 4.2 million, but the number of night stays fell during a period that saw a bomb attack in the country’s top tourist attraction.

Data issued earlier this month showed that tourism receipts, a key source of foreign currency for the country, rose 9 percent in the first half to 24.7 billion dirhams ($3.2 billion).

The night stays fell 2%, except for Agadir which saw a 4% rise in the reporting period.

Morocco sought to attract 10 million tourists by 2010 under Vision 2010, but the global economic slump has had a clear impact on the tourist flow.