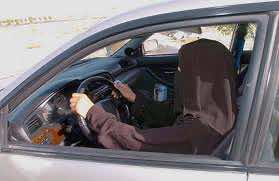 Despite a myriad of other domestic problems, Saudi Arabia’s rulers go to great lengths to enforce the self-defeating practice of effectively banning women from driving – despite the lack of a religious basis and the female success stories found elsewhere in the Muslim world.

Is Manal Al Sharif the Rosa Parks of the Saudi Arabia? Ms Parks, a courageous black woman during the civil right movement in the US, refused to vacate her seat on a full bus when asked by the bus driver for a boarding white-man passenger. She contributed to the end of the segregation laws in the US.

Ms Manal was arrested on May 21, 2011, and jailed for nine days for a YouTube posting of her driving a car in Al-Khobar, eastern province, Saudi Arabia. Can it be said that the ban against women driving in Saudi is a form of ‘civil rights’ type of struggle against segregation? And does a distinction need to be made on defining segregation within the context of the region and the religion?

The womens’ driving movement in Saudi Arabia has been articulated as violating the defined traditional roles of women, a slippery slope in the adoption of western cultural values that will result in increased road accidents, public mixing of the sexes with adverse consequences, and so on. There have even been comments by local religious conservative scholars or imams that a woman driving is a violation of Shariah rules.

The stated argument of sexual context could be applicable to anything, from instant messaging to mobile phones. One wonders what is on the mind of person making such statements. In the eyes of some people, global connectivity, via social media, is the beginning of the end of segregation of the sexes. In their eyes, the ability to legislate, regulate and enforce morality has been forever undermined to the detriment of society by social media.

Strangely enough, there is merit to the safety argument concerning road accidents in the short term, as women have not experienced driving in the major Saudi cities. To many of us who have taken taxis in Riyadh, Jeddah, and elsewhere in Saudi Arabia, driving requires the combined dexterity and peripheral vision of a ‘go-cart’ racer and the overtaking skills of a Formula 1 driver. Hence, it is a legitimate concern. Nevertheless, the recent ‘call to drive’ experiment for women in Saudi Arabia, which included those with overseas driver licenses, did not result in mass car accidents.

The social media revolution, sparked in Tunisia, has become the collective voice of the voice-less, disenfranchised and oppressed, and has brought accountability against the powerful and connected – all for world viewing in real time. The ouster of the morally bankrupt regimes of Zine El Abidine Ben Ali (Tunisia) and Hosni Mubarak (Egypt), protests against the fear-mongering Ali Abdullah Saleh (Yemen) and the ‘might is right’ rule of Bashar Assad (Syria), the NATO aided rebellion against the genocidal Moammar Gaddafi (Libya), the announcement of ‘reforms’ in Morocco, the introduction of Islamic finance (Oman), and the movement for women driving in Saudi Arabia can all be connected to and correlated to the regional social media phenomenon.

The mutually beneficial ‘power balance’ between the Saudi conservative religious bodies and the ruling family now has an intensive spotlight cast on it via social media. It can no longer be dimmed to blackness. Many Saudi women, after viewing in real time the revolutions in their backyard, are taking their new re-energized voice in ‘requesting’ the basic right of driving.

Query: How did the wife, Khadijah, of the Prophet Muhammad (PBUH) undertake and engage in commerce?

Women have been driving in many Muslim countries, from Turkey to Pakistan to Egypt to Malaysia, and, interestingly, women have been driving in the rural areas in Saudi Arabia without incident. Is the real issue, if women are officially allowed to drive in the Kingdom, a slippery slope of women gaining more rights and, conversely, men losing their dominance over women?

Is that a bad thing? Will it encourage qualified women to join the work force and contribute to the economy? Won’t allowing women with licenses to drive actually encourage more white collar executives to bring their entire families to the country?

Beyond driving, women have been elected leaders in Muslim countries like Turkey, Pakistan, Bangladesh, Indonesia, and Kosovo. These countries did not disintegrate into ‘banana republics.’ Some may differ and say that Pakistan fits into the categorization, but that’s a non sequitur and an article for another day.

In Saudi Arabia, women are permitted in public as long as they are accompanied by a male relative or guardian (i.e., their father, husband, brother, cousin, or son). The question on the minds of many is why is it permissible for Saudi woman to be driven (alone at times) by a non-relative expatriate male driver from the Philippines or India, who may or may not be of the same faith as the passenger?

Is it because there is more trust with non-Saudi nationals? Is it because expatriates are more trustworthy with Saudi women, as they understand the adverse consequences of non-compliant behavior?

As Saudi Arabia moves towards ‘Saudization,’ to address the high unemployment rates often tied to unrest, what will happen to these expat drivers? If they are no longer available for driving, it may not be unreasonable to have a male Saudi non-relative driving a Saudi woman.

In societies where women are deemed free, aren’t their respective countries liberated and integrated into regional and global economies? In other words, don’t countries like these have higher overall education and health indices for the family, a higher per capita income, a high ranking on the Freedom Index, and less corruption on the Transparency International Index? Wouldn’t it deemed ‘progress’ if a country allows women to drive a vehicle? Aren’t there woman pilots at Saudi Airlines? Don’t Saudi women drive cars in other countries?

It would be interesting to have an international conference on women’s rights in an influential and important country like Saudi Arabia. It would attract many women-led delegations from the Muslim and on-Muslim world, hence, allowing them to speak for themselves with real world experience. But, would women be given the visas to enter Saudi Arabia? That’s another challenge.

It would be interesting if Manal Al Sharif was given an award by the President Obama on her contribution to women’s causes. Would she be able to leave her country to receive the award?

In Islam, men have the responsibility and obligation to protect and provide for their wives, but does that extend to prohibiting their mothers, wives, and daughters from driving cars in places like Saudi Arabia? Muslim women in Muslim and non-Muslim countries have shown they can not only drive cars, but also lead countries!

Aren’t there more pressing issues in the Saudi Arabia than the controversy of women driving cars? Issues like high unemployment and underemployment, housing and mortgage laws, the availability of qualified graduates for a knowledge-based economy, building economically efficient cities, and diversifying the economy away from the petroleum sector. With all the effort made to prevent women from driving in Saudi Arabia, you wouldn’t think so.