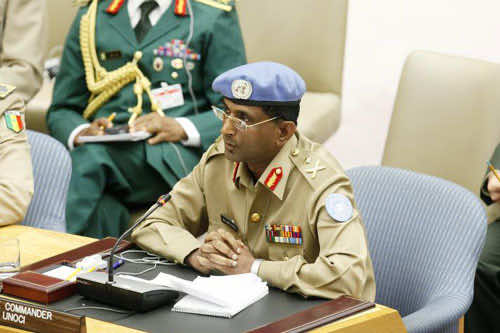 Secretary-General Ban Ki-moon has appointed Major General Abdul Hafiz of Bangladesh as the Force Commander of the United Nations peacekeeping mission in the Western Sahara (MINURSO).

Maj.-Gen. Hafiz, currently commanding an infantry division of the Bangladeshi army, served two tours as a blue helmet with UN operations in Côte d’Ivoire, including one as a deputy force commander. He also served as a military liaison officer with the UN Iraq-Kuwait Observation Mission (UNIKOM) and as the chief military liaison officer in Zagreb, Croatia.

In April the Security Council today extended by one year the mandate of MINURSO, formally known as the UN Mission for the Referendum in Western Sahara. Established in 1991, it is tasked with monitoring the ceasefire in Western Sahara and organizing a referendum on self-determination for the people of the territory.

The UN has been involved in efforts to find a settlement in Western Sahara since 1976, when fighting broke out between Morocco and the Frente Polisario after the Spanish colonial administration of the territory ended.

Maj.-Gen. Hafiz will be in charge of some 220 blue helmets. He succeeds Maj.-Gen. Jingmin Zhao of China, whose tour of duty ended on 10 April.