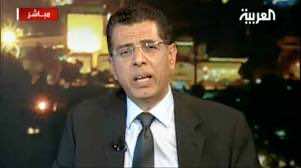 Hafez Al Mirazi spent weeks preparing for his new primetime talk show on state television. But one week before “Cairo Local Time” was scheduled to start, an army general ordered it put on hold.

Mirazi was told that the format for the show broke rules requiring more than one host, an explanation that the veteran journalist saw as an excuse to keep him off the airwaves of state television.

“It’s not about my show… I am very worried because this incident is a common excuse for intimidating the media.”

Mirazi, well-known for his talk shows and interview skills on pan-Arab satellite channels Al Jazeera and Al Arabiya, believes the generals ruling Egypt since President Hosni Mubarak’s overthrow were annoyed at his outspoken criticism of how they manage the media.

Egypt’s January revolution has smashed the fear barrier that once forced journalists to temper their coverage of state affairs and avoid criticism of the head of state. The most outspoken were ostracised, fired and occasionally imprisoned.

News programmes on private television stations as well as the state-run channels now routinely cover protests against the government and the ruling military council. Deference towards ministers is rare, replaced with scepticism and even criticism of top officials whose performance and talents are found lacking.

But press freedom advocates say these gains are under threat from a military establishment traditionally hostile to the idea of dissent in the ranks.

Rights groups have documented more than half a dozen cases of harassment of journalists and bloggers over news or opinion pieces critical of the ruling military council.

One of Egypt’s best known bloggers and social media activists, Hossam el-Hamalawy, was summoned for questioning by military prosecutors following an appearance on state TV in which he accused military police of abuses.

Presenter Reem Maged was questioned as a witness to Hamalawy’s comments.

In June, two journalists from Al Wafd Party newspaper were questioned by the military prosecutor’s office over a reference in a May 26 story to a possible deal between the army and the Muslim Brotherhood, the most organised political grouping in Egypt, over elections.

But the most serious case was that of blogger Maikel Nabil, who claimed in a piece entitled “The army and the people weren’t ever one hand” posted on his blog in March that the army had tried to obstruct the uprising against Mubarak.

A month later, 26-year-old Nabil, an activist in the anti-Mubarak protests, was given a three-year prison sentence.

“That was a catastrophic ruling,” said the executive director of the Arab Network for Human Rights Information, Gamal Eid. “Repeated summoning of journalists spreads an atmosphere of fear among journalists to exercise self censorship.”

Nabil’s defence lawyer, Ali Atef, said his client was tried by a military court and the verdict handed down after he and the family were told the hearing had been adjourned.

“It’s bad enough that my client, a civilian, is tried in a military court,” the New York-based Committee to Protect Journalists (CPJ) quoted Atef as saying. “But it’s outrageous that the court is violating his right to a fair trial.”

The generals have decreed what media can cover, and what they must not.

The army has sent instructions to editors telling them to “refrain from publishing any items — stories, news, announcements, complaints, advertisements, pictures — pertaining to the Armed Forces or to commanders of the armed forces without first referring to the Morale Affairs Department and the Department of Military Intelligence and Information Gathering”.

In May, prominent journalist Yosri Fouda was forced to cancel an episode of his talk show, Akher Kalam (The Last Word) on privately-owned channel ONTV, where he was due to interview an army general.

The Morale Affairs Department had asked for an advance copy of the questions.

To make things worse, rights groups say, the Information Ministry — a symbol of official censorship under Mubarak — has been reinstated in a move condemned by the CPJ as “an unambiguous setback for media freedom in Egypt”.

But some journalists are more optimistic over press freedom in Egypt, a country where newspapers were first published more than 150 years ago.

With Mubarak’s downfall, Egypt’s military rulers pledged to protect freedom of expression and urged “all honest journalists to ensure accuracy and objectivity and to allow all to express their views freely”.

Editors of state newspapers seen as complicit with Mubarak’s regime have been replaced. The head of the journalists’ syndicate, seen as a supporter of Mubarak’s government, was forced to step down. Outspoken journalists forced to live in exile have returned home.

More than half a dozen new private newspapers have appeared, and a new private TV station is established each month. Among the most prominent newcomers are Al-Tahrir, CBC and Masr 25.

Vibrant coverage of the run-up to elections contrasts with last November’s discredited parliamentary vote, when the government shut down more than a dozen private TV stations and state media helped cement the dominance of Mubarak’s party.

Veteran TV host Hala Sarhan, who returned to Egypt after the January 25 revolution after four years in exile over a programme on prostitution in Egypt that accused the police of corruption, said press freedom in Egypt had vastly improved.

“Egypt has definitely entered a new era of transparency, clarity and freedom after the revolution,” she told Reuters TV.

A return to the systematic curbs on freedom of information under Mubarak seem unthinkable for now, but journalists say there is urgent need for legislation to entrench media freedom.

“It may seem as though there is a bigger margin of freedom, but even this is an acquired margin and is not protected by regulations or laws,” said Yehia Kalash, former secretary of the Egyptian journalists’ syndicate.

“It’s high time for journalism in Egypt to take its rightful place,” he said.