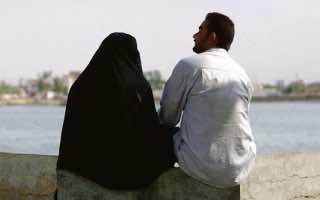 With the emergency of sophisticated technology, Saudi Arabia has seen growing cases of wives spying on their husbands suspicious of their fidelity.

Using spy cams and other miracles of information technology like Facebook, Many Saudi wives keep a tap on husband’s activities, Arab News reported.

Incidents like wives intercepting husbands’ mobile phones and emails and adding their spouses on their Facebook accounts using pseudonyms are common.

Many women feel it is their right to keep an eye on their husband for the security of their family and relationship.

Um Ammar, a Saudi wife, said she was impressed by modern technology, especially social networking site Facebook. She said she insisted her husband add her as one of his friends so she could find out what was going on in his life.

She recalled that a woman friend of hers had discovered that her husband was willing to cheat on her after she joined his Facebook page using a pseudonym. She started communicating with her husband using this fake name.

The friend said after months of intimate talk the husband was surprised to find that the woman he was dying to meet was his own wife.

Um Ahlam, another Saudi wife, said she was jealous by nature. After marriage, she found out that her husband was in love with his cousin and was about to marry her had it not been for a last-minute dispute between their parents.

Um Ahlam said she had no other option but to use modern technology to spy on her husband, including intercepting his cell phone and e-mail messages.

“Men cannot be trusted. The availability of modern technology will help catch cheating husbands. If I discovered that he was cheating on me, I would not hesitate to divorce him,” she said.

However, all wives are not in favour of spying, there also those who think it is unnecessary.

Ayah, who is a house wife, said women who spy on their husbands have no confidence in themselves or those around them. “I am against women spying on their husbands. My true love for him and my caring nature is my protection against him cheating on me. A husband will never look for another woman if he feels safe and stable with his wife,” she said.

Expectedly, the law is also against spying and women caught in the can face jail or other punishments.

Commenting on the issue, legal consultant Mashari Saud said wives spying on their husbands has become a phenomenon. He added that such cases were filling the police archives these days. “This act is against the law even if the motive of the woman is to have evidence to produce before the Shariah court, which handles family cases,” he said.