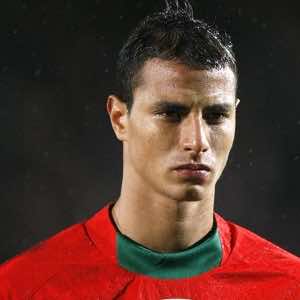 Morocco, Sudan and Democratic Republic of Congo will be teams to avoid when the African qualifying draw for the 2014 World Cup is made in Rio de Janeiro on Saturday.

A record 52 countries have been divided into six pots for the first and second round draws with Morocco among the second seeds, Sudan a third seed and DR Congo among the fifth seeds.

The trio could come together in the second round with a top seed like 2010 quarterfinalists Ghana, and only the winners of this pool would advance to the final elimination round.

Morocco are a rising force after years of underachievement and new Belgian coach Eric Gerets plotted a 4-0 drubbing of 2010 qualifiers Algeria last month in an Africa Cup of Nations clash.

Arsenal striker Marouane Chamakh is the best known of many Moroccans desperate to restore pride in the ‘Atlas Lions’ and reach the World Cup a fifth time with the last appearance 13 years ago.

Visiting Sudan would not be on the wish list of any coach with temperatures that often soar above 40 degrees centigrade adding to the discomfort caused by experienced footballers and intimidating supporters.

Sudan forced a 0-0 draw at star-sprinkled Ghana last October in a Cup of Nations qualifier and coach Mohamed Abdalla chooses the bulk of the squad from internationally powerful clubs Al-Hilal and Al-Merreikh.

Morocco and Sudan are among 28 countries who received byes into the second round, but 1974 World Cup qualifiers DR Congo must win a two-leg tie over five days during November to join them.

After a shock 4-2 home loss to Senegal in their opening 2012 Cup of Nations qualifier, the Congolese Lions bounced back to draw 1-1 away to Samuel Eto’o-led Cameroon.

A timely boost for veteran French coach Robert Nouzaret will be the return in mid-August of talismanic midfielder Mputu Mabi after a one-year suspension for chasing and kicking a referee during a regional club championship.

Seeding was based on the monthly Fifa rankings released Wednesday and apart from Morocco, Guinea, Uganda and Zambia are second seeds who those in Pot 1 would prefer to miss.

Former qualifiers Angola are dangerous third seeds and while it would be presumptuous of Central African Republic or Niger to dream of Brazil, they recently claimed the scalps of Algeria and Egypt respectively.

Togo are other former World Cup qualifiers who must play in the first round and it is difficult to imagine them posing a threat in the latter stages unless they can woo Manchester City striker Emmanuel Adebayor out of self-imposed retirement.

After home-and-away first round ties on November 11 and 15 cut the field to 40 teams, there will be 10 mini-leagues with fixtures stretching from June 2012 to September the following year.

The 10 group table toppers will then be paired off and the five winners qualify for the first South American World Cup since Argentina hosted and won the 1978 tournament.

Note: The 12 Pot 5 countries will be drawn against the 12 from Pot 6, who play at home first. Aggregate winners advance to second round

Other 10 first round pairings

Note: The 10 four-team groups will be formed by drawing together a team from each pot and countries play three opponents at home and away