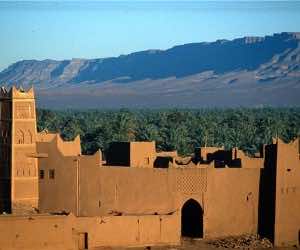 If you’re looking to go on a fantastic city break, there is nothing quite like taking holidays in Morocco. Head to the North African country and you’ll be able to visit a range of exciting destinations that offer plenty to see and do.

When looking for Morocco villa rentals, one place sure to capture your interest is Marrakech. As the country’s second-largest city, you’ll certainly find lots of things going on.

Perhaps one of Marrakech’s most exciting attractions is its bustling souks. Visit this complex of covered market stalls and you’ll come across traders selling everything from spices and hand-woven carpets to clothing and leather goods. This is the perfect place to pick up some souvenirs, but be prepared to haggle to make sure you get a good deal.

The entrance point to the souks can be found at Djemaa el-Fna, which in English translates as Square of the Dead. Here, you’ll find a range of street performers such as musicians, snake charmers and storytellers, as well as food stalls selling authentic Moroccan cuisine.

Book luxury Marrakech villas and other sights you can see include the Dar Si Said Museum and the Bab Agnaou, a 12th century gate into the city.

Alternatively, Dar Menebhi Palace could be a great place to visit during a city break in Morocco. Here you will find the Museum of Marrakech, which contains a wide range of exhibits some of which date back as far as the eighth century. Ceramics, jewellery and traditional furniture are just a selection of the things that you can see.

However, if you want some respite from the hustle and bustle, why not visit the Majorelle Garden?

Designed by French artist Jacques Majorelle in 1924, this botanical garden is home to a range of rare plants and wildlife so it could prove the ideal place to seek some peace and quiet and get back to nature.

But Marrakech is by no means the only exciting city in Morocco that you can stay at.

Why not head to the coast and visit Agadir? With the city receiving more than 300 days of sunshine every year, this can be the perfect destination to spend a weekend relaxing and soaking up the sun.

Visit the port and you can see dozens of boats and watch fishermen selling freshly-caught produce. Meanwhile, a trip to the remains of the old kasbah built on a hill overlooking the city should also not be missed.

Although the imposing structure received heavy damage following an earthquake which struck Agadir in 1960, you will still be able to see some of the foundations of the 16th century fortress.

Perhaps one of the city’s most fascinating attractions is the Sidi Mohammed Ben Abdallah Museum. Housed in a traditional riad, this cultural institution contains a number of interesting artefacts, including musical instruments, costumes and ancient weaponry, as well as items from Phoenician and Roman civilisations.

The powerful trade winds which blow into the bay mean Essaouira is a perfect place for windsurfing and kitesurfing, so if you fancy taking part in some adrenalin-pumping sports during a bustling city break you’ll be in the right place.

With so many exciting destinations to visit, wherever you choose to book a Moroccan villa you can be sure that you’ll be able to have a fantastic holiday.