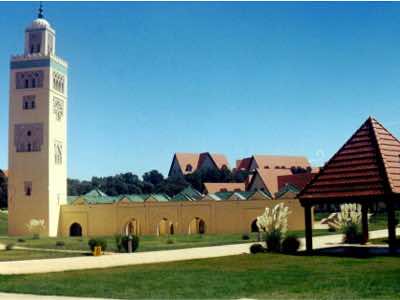 Casablanca — Despite 12 years of reform, Morocco’s universities continue to fall short of expectations, with students complaining that the training they get does not meet the demands of the job market.

Professors in this North African country of 32 million people echoed their students’ grievances, adding that Moroccan universities are poorly managed and riddled with corruption.

“The kind of training provided by universities remains poor and does not meet any of the educational, pedagogic, academic and intellectual conventional standards,” Zakaria Rmidi, a student preparing for his master’s degree in English studies, told IPS.

“We have not moved yet from the logic of teaching to that of training,” said Abdellatif Fetheddine, head of the Department of Philosophy at Hassan II-Mohammedia University in Casablanca, in an interview with IPS.

Morocco’s university system has been subject to reforms since 1999 when King Hassan II decided to institute wide-ranging measures in the field of education. The reform aimed especially at adapting university training to the needs of the job market. Hassan II, however, died that same year. He had ruled Morocco for nearly four decades since 1961.

But the death of the king did not stop the reforms, which were continued by his successor, Mohamed VI. In a speech on Oct. 8, 1999, the king said the purpose of the reform was “educating good citizens capable of acquiring knowledge and skills” as well as “the rationalisation of expenses reserved for education, and the protection of these public funds from any abuse or manipulation.”

Less than a year later on May 19, 2000, the Moroccan parliament enacted a new law granting total administrative and financial autonomy to Morocco’s 15 universities.

According to official figures by the Ministry of National Education, the total number of students in these universities during the academic year 2009-2010 reached 306,595.

The law established a modular system of training, with the academic year divided into semesters. Also for the first time, master’s degrees were created, replacing the former system where universities granted only Diplomas of In-depth studies (DEA) and Diplomas of Higher Education (DES).

But these educational reforms do not satisfy students. “University education in Morocco is much more quantitative than qualitative,” Rmidi explained. “Students sometimes find themselves having nine to 10 subjects within the same semester, dealing with plenty of material, studying up to 24 hours a week. They are required to be present in all the sessions and to prepare presentations on what they study.”

Despite this, the new system still has a long way to go before it reaches the goal of reform laid out 12 years ago. Rmidi said that because of the incompatibility with the employment market, students have “lost trust in universities as a place of knowledge and thought.”

The problem is not only educational. Professors also complain of poor working conditions, including the lack infrastructure and facilities, Rmidi said.

The causes are not necessarily financial, a case in point being the Faculty of Arts and Humanities of Ben Msik, affiliated to Hassan II-Mohammedia University in Casablanca. An official statement of accounts of the faculty, a copy of which IPS obtained, says it spent over 6.3 million dirhams (more than 800,000 dollars) in 2010 alone.

The statement also showed that of this amount, more than 480,000 dirhams (60,000 dollars) were spent on catering and accommodation. The faculty has no restaurant and no residence halls for students. In contrast, the faculty spent only 633 dollars for new books for the library.

The dean of the faculty refused an IPS request for an interview.

Those who raise their voices against these practices have gotten into trouble. Mohamed Said Karrouk, professor of climatology in the same faculty, wrote several letters to the administration to denounce mismanagement, corruption, and falsification of documents, only to find himself dragged before a disciplinary council.

“They did not even open an investigation to show whether I am right or wrong,” he told IPS.

When resistance to reform comes from those supposed to apply it, “this reform remains only on paper,” Abdelmajid Jahfa, a member of the National Syndicate of Higher Education, told IPS.

“I do not see absolutely any advantages of the system. What advantages exist are completely demolished by an archaic administrative system,” he said.

“We still need to democratise more the management of the university. We need to reform the reform,” Abdellatif Fetheddine said.