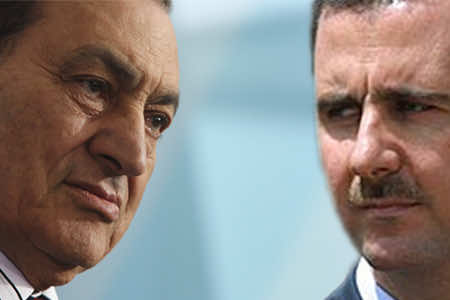 The Middle East summer is in full force, but not the “Arab Spring”. In some countries it is just a memory, in others it never showed up, and the domino effect of what started in Tunisia, with such big promise, has not materialized.

Egypt, Syria and Libya may be the exceptions, and judging by what is happening in the first two, we can learn a lot about the realities of the Arab world. Egypt and Syria were briefly united between 1958 and 1961, in what was the greatest victory ever of the cause of Pan-Arabism. It was a great victory, because there can be no other two countries that are so different from each other than Egypt and Syria. Pan-Arabism is long dead as a viable political doctrine, and also the conflicts with Israel have long failed to be the most solid cement of Arab politics.

The Islamic movement is surely potent and popular, but here too the differences and antagonisms prevent it from being the overall unifying force of the Arab world. Under these circumstances, it should come as no surprise that the anticipated big bang was not to be. Many of the issues which triggered the “Arab Spring” in the first place are clearly common throughout the Middle East, but many others are not.

Egypt and Syria present us with two models of the Arab state, as developed in the region in the post-colonial era, the “natural” and the “artificial” state. Egypt has been a distinct geopolitical entity for 5000 years, ruled by a strong central government, an institution of utmost importance in a country whose well-being has always depended on controlling the Nile river. There is no demographic issue, as the population is overwhelmingly Muslim with a small (10%) Christian minority. Egypt is a governable entity, and its modern political history has been relatively stable, with one major shift of power in 1952, with the “Free Officers” Revolution.

To be sure, there has been a debate about Egypt’s national identity, whether Egyptian or Arab, with the constant challenge of the Islamic forces — but never a question mark about the territorial integrity and internal solidarity. The “Tahrir revolution” was the most violent internal political change in Egypt’s modern history. But as we move away from the momentous events of January-March, it is becoming increasingly obvious that the old regime is still in place, though the Mubarak family is not. Hence the talk about a “second corrective revolution”, something that may very well remain an unfulfilled aspiration of the brave youths who brought Mubarak down. The Egyptian state proved stronger than the forces of radical change. There is a dominant center of power — the military — which is regarded as the people’s army, a viable sense of national unity and no sectarian division, which threatens internal cohesion.

Syria is almost the diametrical opposite of all that. Its current borders are artificial, created by the French colonial power. Maps of the Middle East prior to WWI have never shown a country with Syria’s current borders. No wonder, that the question of national and territorial identity has become the one single issue which has posed the greatest challenge to Syria’s domestic stability since independence in 1946. The Ba’ath regime has tried to deal with this issue, but in the absence of real political legitimacy, emanating from its clear non-Sunni sectarian character, it had to rely on the unrestricted use of violence as its modus operandi. Brutal repression enabled the regime to enforce a measure of stability for a relatively long period of time, but never made it more legitimate in the eyes of the population, the majority of which has continued to maintain and adhere to pre-Ba’ath loyalties, be them religious or regional.

This is the main difference between Egypt and Syria, the difference that explains the present and future political development of these two Arab countries. In Egypt, the ruling military council still enjoys a large measure of popular support, and in a slow, incremental way is leading the country towards elections, that may be much more representative than under Mubarak, though short of accepted western norms. In the process, the council allows the Muslim Brotherhood to participate in the political discourse, thus neutralizing whatever incentive they might have to resort to violence. The Brotherhood, as well as other political forces get something, not all they wish, but enough to keep them on working terms with the military.

Syria is a completely different story. The regime cannot engage in any real political dialogue with its rivals, as they do not accept its legitimacy. The military is also hated by most of the people, and there are no viable, effective civic organizations that can bridge the gaps between the various sectarian groups. So, unlike Egypt, Syria is on course to more violence, collapse of central authority and possible break-up along sectarian lines.

One “Arab spring”? Not really…