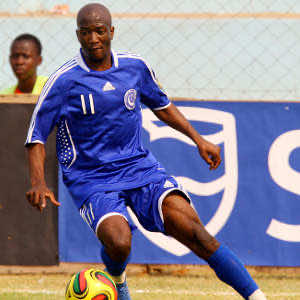 All fAl-Hilal of Sudan became the first winners in the group phase of the 2011 Caf Champions League by edging Raja Casablanca of Morocco 1-0 in Omdurman on Friday.

our first-round matches were drawn two weeks ago and it took a mid-second half penalty converted by Zimbabwe-born striker Edward Sadomba to separate the Group A challengers on a steamy Sudanese evening.

The 66th-minute goal made Sadomba leading scorer in the competition this year with six — one more than Mouhssine Iajour from Group B contenders Wydad Casablanca and Alfred Luputa of already-eliminated Zambian outfit ZESCO United.

Victory lifted twice runners-up Hilal to the top of the table with four points followed by Cotonsport Garoua of Cameroon, Enyimba of Nigeria and Raja with one apiece.

Cotonsport, runners-up to powerful Al-Ahly of Egypt three seasons ago, exceeded expectations by holding Raja goalless in Morocco and will start slight favourites to defeat Enyimba Saturday in northern Cameroon.

Both Group B games are also scheduled for Saturday with Wydad hosting Mouloudia Alger of Algeria before the highlight of the weekend –Esperance of Tunisia at home to record six-time champions Ahly.