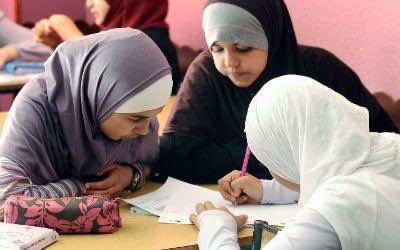 Norway’s domestic terrorist is the most extreme example of Europe’s assault on immigrant culture.

“Who in this room is French?” Nourdine Nabili asks a group of 25 eighth-graders in Bondy, one of the concrete working-class suburbs just outside Paris. It is April 2011 and Nabili, the 44-year-old editor-in-chief of the popular website Bondy Blog, is visiting a journalism workshop at the Jean Renoir junior high school. I am sitting in on the session.

In response to Nabili’s question, about five students tentatively raise their hands.

Nabili then asks, “Who in this room is a foreigner?” I, the only American in the room, raise my hand. Nabili, born in Morocco, raises his hand. Once again, the students seem uncertain. Once again, five of them sheepishly raise their hands.

Finally, Nabili asks, “Who in this room was born in France?”

At least 20 of the 25 kids in the class throw up their hands.

Nabili shakes his head, looking exasperated. “You were born in France and you don’t feel French. But you don’t consider yourself foreign, either. What are you?”

The room full of 13-year-olds — black, brown and white, most of them the children of immigrants — exchange embarrassed glances. More than anything, they seem confused.

I’ve been thinking a lot about that class in Bondy since last week’s massacre in Norway. Anders Breivik, in his interminable Internet rant, writes quite a bit about France. As the European country with the largest Muslim population, France is the likeliest target for an Islamic takeover, according to Breivik.

Never mind that the riots that enflamed French suburbs like Bondy in November 2005 had absolutely nothing to do with religion. They were fueled by charges of racism and police brutality. But Breivik, in his manifesto, refers to the French rioters as “jihadists.”

Fortunately, France has not been the victim of a terrorist attack since the metro bombings of 1995. But Europe as a whole was traumatized by a chain of gruesome post-9/11 aftershocks: The Madrid train bombings in March 2004. The assassination of the provocative Dutch filmmaker Theo van Gogh by a Moroccan-born lunatic in the middle of Amsterdam in November 2004. The London suicide bombings on July 7, 2005.

Decades of simmering distrust that so many Europeans had felt toward immigrants from the Muslim world turned into a sort of low-wave hysteria with all the violence of the first five years of the 21st century. Ten years after 9/11, right-wing anti-immigrant parties have made gains in nearly every European nation. And of course, an economic collapse, like the one in 2008, traditionally breeds hostility toward outsiders.

Throughout the tumultuous last decade, mainstream European leaders, even those just right of center, made a point of saying that the problem was not Islam itself or Muslim culture. The enemies were extremism, fundamentalism, fanaticism. But then a curious thing happened. Multiculturalism suddenly joined the other isms and became a dirty word for mainstream European leaders.

Multiculturalism: such a harmless word, such a benign concept. I remember when European politicians talked about multiculturalism as something to be encouraged, even celebrated. It wasn’t that long ago. So when did multiculturalism turn into something that national leaders in the proudly democratic, border-blurring European Union refer to, disdainfully, as an experiment gone wrong?

Actually, it began 10 months ago, in October 2010, during a speech in Potsdam, Germany.

“The approach of saying, ‘Well, let’s just go for a multicultural society, let’s coexist and enjoy each other,’ this very approach has failed, utterly failed,” Angela Merkel, chancellor of Germany, declared to an audience of young activists in her conservative political party, the Christian Democratic Union.

“We are a country,” Merkel said, “which at the beginning of the 1960s actually brought foreign workers to Germany, and now they live in our country.” She continued: “We kidded ourselves a while. We said, ‘They won’t stay; someday they will be gone.’ But this isn’t reality.”

Germans understandably resent being automatically associated with some of the last century’s darkest days, but still — to hear the leader of the nation that gave the world the Holocaust speak about the impossibility of enjoyably coexisting with cultural outsiders, and lamenting that they didn’t all just go away, gave some people the willies.

If, as these heads of state claim, multiculturalism leads to separatism and self-segregation, what is the antidote? Naturally, Merkel and Cameron believe that people who choose to live in their countries should learn the language, accept freedom of speech and worship, equality of the sexes. But what else? What does it mean to adopt the values and customs of a nation? Does assimilation make extremism impossible?

One of London’s July 7 terrorists grew up over his father’s fish-and-chips shop, loved cricket and spoke English with an accent as thick as Michael Caine’s. It didn’t stop him from blowing himself up and taking a bunch of his fellow citizens along with him.

A few days after Cameron damned the latest damnable ism, French President Nicolas Sarkozy chimed in. When asked about multiculturalism in France, he replied, “My answer is clearly, yes, it is a failure.”

Sarkozy has followed an odd trajectory over the past four years. By relentlessly promoting what he called a debate on national identity during the 2007 presidential campaign, Sarkozy, candidate of the center-right UMP party, peeled off enough votes from the extreme-right Front National to win a victory over the “multikulti”-loving Socialists.

As the newly elected president, he insisted that a debate on “What is French?” was so urgent that he created the Ministry of Immigration and National Identity. In November 2010, he announced the dissolution of the “national identity” part of the ministry, saying that the debate had become unintentionally divisive. This was three months before he announced that multiculturalism is a failure.

The grotesque rampage in Norway will transform the European discourse on identity in unforeseeable ways — as well as in some all-too-predictable ways. According to the left-of-center daily newspaper Libération, the French extremist blogosphere has been lit up like Bastille Day fireworks by Norway’s one-man killing machine.

“If only this could signal the beginning of the expulsion of Muslims from Europe,” Herbe of Provence wrote.

“It would be good to have our pogroms against the Muslims,” opined another blogger, “even against the most ‘peaceful’ ones.”

Then there was the blogger who used his own name, Jacques Coutela, writing that Breivik is “a visionary confronting the rise of Islamization in Europe.” Coutela was a Front National candidate in regional elections last spring. Fortunately, his campaign lost. The FN has suspended (not expelled, mind you) Coutela for his impertinent comments.

And so I return to the memory of the fresh-faced, somewhat befuddled 13-year-olds in that classroom in Bondy last April. “You are French,” the journalist Nourdine Nabili tells them. “This is a moment in France when this question is very important. You were born here. France is one of the most beautiful countries in the world. This country belongs to you.”

The kids look surprised, even a bit flattered. Clearly, no one has ever told them this before.

Jake Lamar is a novelist living in Paris.