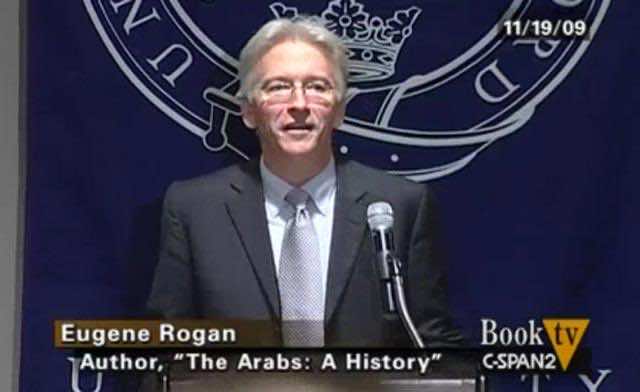 The author of a recent book on the Arab world has said that the current Arab revolutions are “the beginning of the end of autocracy,” but he forecast that change will come to Syria only slowly and after much more bloodshed.

Eugene Rogan, director of the Middle East Center at Oxford University, said of Syrian President Bashar Al Assad and other rulers resisting change: “We are dealing with rulers who are like trapped rats, with their backs against the wall.”

But he said Mr. Assad could survive for a long time. “I say that with dread,” he said, adding that the struggle to replace the regime could be “something awful.”

“If the policy of intimidation were to work, it would have worked by now,” he said. “Instead there is a continued growth in the size of the demonstrations. The regime has no alternatives. There are no friends out there.”

He also said he expected “further troubles” in Bahrain, with the majority Shias continuing their campaign for political reform and the government “not there yet” in trying to find an accommodation with them.

Professor Rogan is author of the 2009 work, The Arabs—A History. He made his remarks in an address to the Royal Institute of International Affairs in London.

He described the Arab revolutions as “a shift in plate tectonics,” adding: “I will stick my neck out and say this is the beginning of the end of autocracy. The politics of fear—of secret police, imprisonment, censorship—will be greatly reduced.”

But he said remaining Arab autocrats, as in Syria and Yemen, will put up tremendous resistance. Change, though, he said, is inevitable and even Arab monarchies “won’t be able to stave it off forever.”

He said the revolutions have dispelled the myth that Arab and Muslim societies generally are incompatible with democracy. In a broad survey going back as far as the 1830s, he traced various developments that he said showed Arabs have long been striving for democracy.

The Arab country that emerges from the current upheavals with the highest level of freedom and democracy, he said, will become a model for the Arab world.

“Tunisia is likely to produce the most plural society,” he said, noting that it is leading the way in female empowerment. The Tunisian government is planning equal representation for women in Parliament, and he said that would be “a good role model” for women elsewhere in the Arab world.

But he was pessimistic about the role of women in Egypt, even though they played an important role in the revolution that brought down President Hosni Mubarak last February. “There are signs that. . .women are now being told to go home,” he said. “That would be a disastrous consequence.”

King Mohammed VI of Morocco, he said, has been more successful than most Arab rulers in staving off problems from his subjects in the short run by enacting various reform measures. “He is managing it better than any other ruler, but the king may find himself having to move toward a constitutional monarchy.”

Of Egypt, he said the military government has no wish to retain power but wants to make sure that a new constitutional arrangement preserves its interests.

Mr. Rogan said the Yemen constitution serves the country well, but institutions “will not be sufficient to hold the country together. The longer the power vacuum goes on, the more I fear for the future of the country.”

He pointed to the need of economic progress to sustain the various Arab revolutions but said the West’s ability to help with that has never been so circumscribed as now, due to its own financial problems.

The new regimes, he said, will need to adopt incentives for foreign investment and Western governments need to open their markets to agricultural products from the region.

In Egypt more than in Tunisia, he said, the government will have to pay serious attention to factory workers demands. “Stability will only come by addressing workers’ demands,” he said.

Asked if he expected Islamist political parties in Egypt and Tunisia to try to capitalize on the revolutions to take power, he said: “I don’t think it will happen. After many years in the wilderness, they will behave impeccably.

“If you’re pragmatic, you wouldn’t want to come to power now and face all the sweeping demands. The Islamist parties would rather be part of a coalition. I look for them to try to seize control five to ten years down the line.”

(Ray Moseley is a London-based former chief European correspondent of the Chicago Tribune and has worked extensively in the Middle East. He can be reached at [email protected])