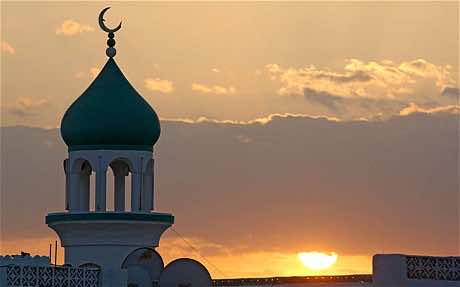 The FBI taught new recruits about Muslims with a power point presentation that recommended they read books criticized as sharply prejudiced against Islam.

New York –A slide show used by the bureau for training new agents told them that Islam “transforms [a] country’s culture into seventh century Arabian ways” and is “hard for westerners to understand”. It said that Muslims were swayed “more by ideas than facts”.

The 62-page document, which was released under freedom of information laws, was designed to help agents perform “successful interviews/interrogations with individuals from the Middle East”.

It told new agents as recently as 2009 that Muslims engage in a “circumcision ritual”. One slide asked “Is Iran an Arab country?” before telling students that it was not.

It also said that agents should understand that the “Arabic mind” was “swayed more by words than ideas and more by ideas than facts.”

The document concluded with a recommended reading list of eight books, which included “The Complete Idiot’s Guide to Understanding Islam”.

Also among the list was “The truth about Muhammad – Founder of the World’s Most Intolerant Religion”, by Robert Spencer, an author who runs the jihadwatch.com blog.

Spencer, the co-founder of the Stop the Islamicization of America campaign group, was cited 64 times in the manifesto of Anders Behring Breivik, who carried out last week’s massacre in Norway.

Farhana Khera, the head of Muslim Advocates, a group that provides legal assistance, said that the FBI’s endorsement of Spencer’s book was “deplorable and offensive”.

“It’s like asking law enforcement to learn ‘the facts’ about the African American experience by reading a book by the grand wizard of the Ku Klux Klan,” he told Wired magazine, which obtained the document.

In a statement the FBI said: “The presentation in question was a rudimentary version used for a limited time that has since been replaced.

The organisation said that Spencer’s book was no longer recommended to new recruits but said: “We encourage our agents to seek out a variety of viewpoints”.