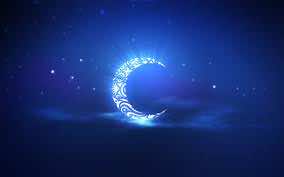 Religious authorities in most Muslim countries declared that Monday will be the start of the holy month of Ramadan, a period devoted to dawn-to-dusk fasting, prayers and spiritual introspection.

Ramadan begins around 11 days earlier each year. Its start is calculated based on the sighting of the new moon, which marks the beginning of the Muslim lunar month that varies between 29 or 30 days.

Some countries use astronomical calculations and observatories, while others rely on the naked eye alone, leading sometimes to different starting times in the Middle East.

During the month, Muslims are expected to abstain during daylight hours from food, drink, smoking and sex to focus on spirituality. This year, the long and hot summer days are expected to compound the already tough fast. Ramadan is a time of heightened religious fervor and giving to the poor.

To help those fasting cope with the heat it is a norm in Muslim countries to reduce the working hours. In Palestine for example officials in the West Bank and Gaza said they will push back the clock one hour. That gives some psychological relief, making it seem as if the time for breaking the fast is coming an hour earlier and lengthening the evening hours.

The Islamic holy month of Ramadan will coincide with a variety of ongoing uprisings in the Arab world. It is worth considering how this might be significant in political terms since it seems to so obvious that this Ramadan is likely to be especially eventful.

The Islamic holiday’s overlap with several ongoing and developing uprisings in the Arab countries is highly likely to increase openings for popular activism, especially by sectarian and Islamist factions. Additionally, Ramadan will provide opposition elements with greater opportunities for organizing and protest as large numbers of people gather at mosques and communal festivities in the open air in major cities.

In counties with ongoing uprisings, such as Yemen and Syria, there is a high probability that people will become bolder and more confident during Ramadan, taking advantage of opportunities to use religious festivals and sermons to rally against their regimes. At the least, Ramadan could intensify already common post-Friday afternoon prayers demonstrations and nighttime protests that have become more and more common in several Arab countries.

Analysts believe that the holy month of Ramadan will determine the fate of Arab uprising. Both governments and opposition leaders are wondering whether it will pass peacefully as thirsty and hungry people avoid the crowded streets or bring a surge in protests incited by religious zeal.

With the uprising entering its seventh month, the Islamic month of fasting, piety and prayer may either breathe new life into the wave of revolt or bring it to a halt. However, most observers believe that Ramadan is likely to heat up the situation.