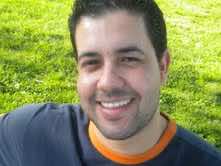 Different reasons lie behind the emigration of a large number of Moroccans to Europe and America. Recently, A Moroccan Voice had the chance to conduct an e-mail interview with a young Moroccan immigrant in the United States. More details on the immigrant and why he decided to immigrate to America are in the following interview.

A Moroccan Voice: Could you please tell our readers briefly who you are?

Khalid Chablaoui: My name is Khalid Chablaoui. I am twenty-seven years old. I was born in Taza, a city in northern Morocco. I am a graduate in Arabic Studies.

A Moroccan Voice: When and how did you immigrate to the USA?

Khalid Chablaoui: I was lucky to be selected as a winner of the American Green Card Lottery. like any other Moroccan adult, I wanted to live the American dream. When I immigrated to the USA in June 2006, I was twenty two years old.

A Moroccan Voice: What do you mean by the American dream?

Khalid Chablaoui: In 1931, American historian Trustrow Adams James wrote “the American dream is to be able to lead a life of luxury and happiness.” This is exactly what I had in mind when I said that I wanted to live the American dream.

A Moroccan Voice: What were the reasons behind your deciding to emigrate to the USA?

Khalid Chablaoui: I was afraid of the future. This means I was pessimistic about finding a job as soon as I got my university degree so as to help my poor family. And I did not want to be savagely beaten by the Moroccan authority forces while protesting against unemployment in front of the Parliament. There are also minor reasons behind my emigration to the USA, such as the bad impact Moroccan immigrants in Europe had on us when they came to Morocco to spend their summer holidays with their families, and the belief that working a few years in the USA was much better than working all your lifetime in Morocco.

A Moroccan Voice: After you have worked in the USA for more than five years, do you think you were right when you decided to immigrate to the USA?

Khalid Chablaoui: I have never repented my decision to immigrate to the USA due to the fact that I managed to realize all my dreams, including a decent job. But this was not for nothing. I always feel homesick for Morocco, my family and friends. I confess that I failed to get over my homesickness.

A Moroccan Voice: Would you have decided to immigrate to the USA had you given the chance to work in your homeland?

Khalid Chablaoui: I had never thought about emigrating to work abroad. When I was a child, my dream was to become an officer in the Moroccan army, but I failed to realize my dream when I grew up due to bribery and nepotism in Morocco. I would have thought twice about immigrating to the USA had they offered me a decent job, but this did not happen.

A Moroccan Voice: Do you add your voice to the Moroccan immigrants in the USA who think that today’s Morocco is much better that what it was in the past?

Khalid Chablaoui: Yes, I add my voice to theirs, but this does not mean that Morocco is a perfect country. There are still many problems and violations whose responsibility lies on both the government and the citizens due, for me, to the lack of awareness.

A Moroccan Voice: It’s beyond doubt that Arab immigrants in the USA do face many problems. Could you please shed light on some of those problems?

Khalid Chablaoui: Most Americans believe that Arabs and Muslims are terrorists and violent by nature. Add to this, Muslims, for them, disrespect women. Polygamy is an example in point. But never before have I gone through one of the problems Arab immigrants face in the United States.

A Moroccan Voice: I am sure you have heard of the story of Fard Elazzouzi. Why do you think he accepted to join the American army?

Khalid Chablaoui: I learnt about Farid’s story from newspapers and friends. Farid is a young Moroccan man who wanted to be rich the soonest possible. And that’s why he decided to join the US Army as a translator from Arabic to English, for translators in the US military forces are said to earn more that $110000 per a year as well as other rewards.

A Moroccan Voice: Have you ever been invited to join the US military forces?

Khalid Chablaoui: They did send me an invitation to join, but I did not reply them back.

A Moroccan Voice: Is it possible to know the reason why you disregarded their invitation?

Khalid Chablaoui: I ignored their invitation simply because I did not want to join the US army and I was against the war on Iraq.

A Moroccan Voice: At the end of this interview, what advice you give to Arab people who are thinking about applying for the US Green Card?

Khalid Chablaoui: Think a lot before deciding to immigrate to the USA, either by the Lottery or other means. This is my piece of advice for the Arab people who managed to get jobs in their homelands that can provide them with basic necessities in life.