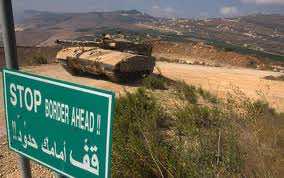 The United Nations said it has opened an investigation into the exchange of fire that occurred early Monday morning between Lebanese and Israeli forces along their common border.

The incident between the Lebanese Armed Forces (LAF) and the Israel Defence Forces (IDF) took place around 7 a.m. local time along the so-called Blue Line that separates the two countries, in the general area of Wazzani, according to the UN Interim Force in Lebanon (UNIFIL).

“UNIFIL peacekeepers immediately responded to the location in order to contain the situation and prevent any escalation,” said Neeraj Singh, spokesperson for the mission.

“The firing has since ceased and the situation in the area is quiet. No casualties have been reported,” he added.

UNIFIL Acting Force Commander Brigadier General Santi Bonfanti is in contact with the command of both the LAF and the IDF, urging restraint by both sides.

Respect for the Blue Line is one of the key provisions of Security Council resolution 1701, which ended the conflict that erupted in 2006 between Israel and the Lebanese group Hizbollah.