By Shadi Hamid:  (The Atlantic) 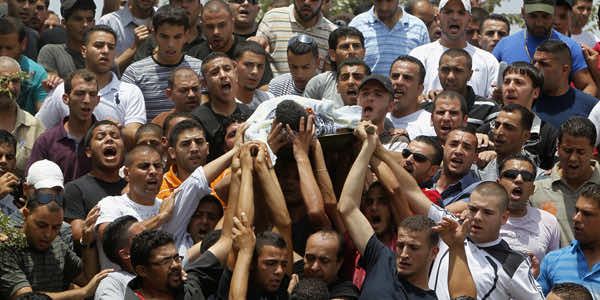 By Shadi Hamid:  (The Atlantic)

In one of the most politically sensitive regions in the world, Obama’s inclination to look for compromise is resulting in mistrust more than it’s solving problems.

One of the questions I hear increasingly among Arab friends and colleagues is, “why is US policy the way that it is?” This confusion may help explain why U.S. favorability ratings continue to plummet well below what they were in the final days of the George W. Bush administration (see this recent Zogby poll for example). As hated as President Bush was, there was at least a relatively clear sense of where he and the people around him stood.

At a time when clarity and resolve would seem more important than ever, the Obama administration has acted as if incoherence were a virtue. The administration’s supporters respond by saying that “one size doesn’t fit all” — a cliche with unclear implications — or, more charitably, that a “boutique strategy” is the right way to respond to Arab revolt. But the question remains: What exactly does the Obama administration stand for in today’s Middle East?

In this context, what the Obama administration has managed to do is in some ways remarkable: Protesters and revolutionaries are convinced that Obama is either on the side of their oppressors or, worse, a non-entity altogether (“impotent” — and its Arabic equivalents — is what one hears more and more these days from Arab critics of U.S. policy). At the same time, Obama has managed to alienate friends and allies alike. Many Gulf leaders and officials are convinced that Obama is, somehow, intent on destabilizing the region by fomenting revolution. This is an old story, and increasingly one that defines the Obama administration’s missteps: By trying to please everyone, it ends up pleasing no one.

Likewise with the Israeli-Palestinian conflict: Where Bill Clinton ingratiated himself with both Palestinian and Israeli leaders (he was arguably both the most pro-Israel U.S. president and the most pro-Palestinian), Obama has alienated and angered large swaths of the Israeli public. Palestinians similarly deride the Administration’s policies as anything from “amateurish” to an unqualified failure of both competency and imagination.

Neither does this problem appear confined to the administration’s Middle East foreign policy. In the debt ceiling talks, what Obama himself believes and where — if anywhere — he’s willing to draw red lines remains something of a mystery. As Jonathan Chait wrote recently: “[Obama] has compromised so often that Republicans simply don’t believe that he’ll sustain his opposition to anything.”

In hedging so aggressively, Obama has, as Chait notes, compounded his “credibility problem.” The domestic debate, in some ways, mirrors the debate over U.S. policy in the Middle East. Just as both sides in the Arab regime/revolutionary divide distrust Obama, liberals and conservatives are only becoming convinced that Obama is attacking what they hold dear. It is striking how conservatives can believe that Obama is a radical socialist, while left-leaning liberals see him as an avowed centrist willing to bend over backwards to accommodate Republican diktats. By seeking the elusive “middle,” Obama ended up alienating not only his own base but also those he was presumably trying to win over.

It will be for historians to decide whether “splitting the middle” became the defining characteristic of Obama’s approach to complex, thorny policy dilemmas. But his unwillingness – or inability – to send clear signals to Arab audiences regarding American intentions has meanwhile certainly damaged U.S. credibility and, as a result, imperiled whatever leverage the Administration may have left with both Arab regimes and opposition groups. In economics, uncertainty unsettles the markets, causing key actors to miscalculate or overreach. The same, unfortunately, is true of foreign affairs, particularly in an already unsettled region like the Middle East. The damage to U.S. interests – already evident in the months since the Arab revolts began – will likely be compounded over the longer term unless the Obama Administration re-thinks this proclivity for compromise solutions. When both sides are equally right (or wrong), seeking compromise may be both appropriate and effective. But when one side is in the right – in this case, that of the courageous Arab protesters fighting for their freedom – the middle ground can be a dangerous place to be.