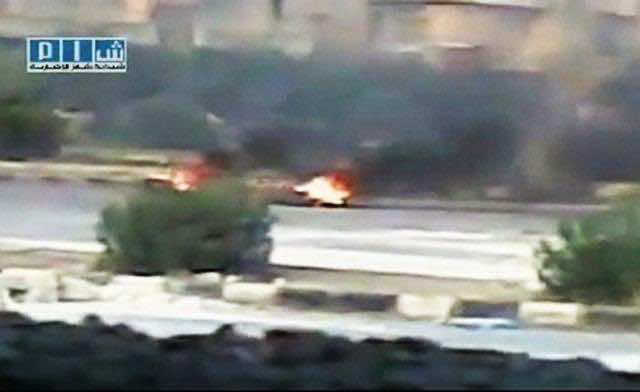 At least 24 civilians were killed by security forces of President Basher Al Assad across Syria, including 10 after evening prayers on the first day of the Muslim holy month of Ramadan, a human rights activist said Tuesday midmorning.

The latest fatalities push the overall death toll well beyond 150 since the Assad regime started a brutal new campaign against pro-democracy activists on Sunday. If the new figures hold up to independent scrutiny, the number of unarmed civilian killed by Mr. Assad’s forces would touch almost 2,000 since the president began clamping down on dissent in March.

“Ten martyrs fell and several people were wounded by gunfire from security forces during protests in several Syrian towns after the ‘taraweeh’ evening prayers” on Monday’s first day of Ramadan, Syrian Observatory for Human Rights chief Rami Abdel Rahman said, according to AFP, adding that the day’s death toll was 24.

A two-day assault by Syrian government forces on anti-government protesters in the city of Hama was widely condemned in the West and led four European nations to circulate a new draft resolution at the United Nations Security Council condemning Syrian President Bashar Al Assad’s actions in the latest international effort to compel the regime to stop using violence against protesters.

According to an Al Arabiya correspondent, the UN Security Council will reconvene at 10 a.m. in New York to discuss a revised text submitted by Britain, France, Germany and Portugal to address the bloodiest crackdown in the uprising. The Security Council met Monday evening at UN Headquarters in New York, but there were disagreements among members of the 15-member body over the language of the initial draft text.

Activists said security forces have killed more than 150 people in the past two days and tanks shelled residential areas in Hama, the country’s fourth-biggest city. They said that the figures might even be higher.

The attack on Hama, accounting for the bulk of the deaths, was unleashed at the start of the holy Muslim month of Ramadan and has prompted a fresh round of calls for the UN’s decision-making body to take urgent steps. Amnesty International said the ongoing slaughter should be referred to the International Criminal Court, which investigates charges of genocide.

“The Europeans are still talking about a resolution and we support that very strongly,” Susan Rice, the US Permanent Representative to the United Nations, said late Monday going into the first round of consultations. “We want to understand why others wouldn’t do the same particularly in light of what has transpired over the last few days.”

China, Russia, Brazil, South Africa and India—which has taken over the councils rotating monthly presidency—blocked adoption of the original resolution first circulated on May 25.

The new version of the resolution includes references to recent events, echoes UN Secretary General Ban Ki-moon’s July 31 statement, where he strongly condemns the use of violence, and insists on accountability.

Tanks pounded residential neighborhoods across the city after evening prayers on Monday, according to Reuters, on the second day of attacks on the city where memories are still vivid of the brutal suppression of an uprising in 1982.

“The shells are falling once every 10 seconds,” a witness told Reuters by phone. The thump of artillery and explosions could be heard in the background.

“What is happening in Hama is a massacre in all meaning. During the Iftar time, the army shelled all areas in the town and targeted mosques before worshipers finished praying in mosques,” Abu Bishr, a resident of Hama, told Al Arabiya TV by phone.

“The shelling escalated to prevent worshipers from protesting after prayers, but there are large numbers of people who are protesting in Asi square.”

“I have never seen such kind of assault on residential areas. I could hear artillery pounding residential areas,” Abu Bishr said. “At least 11 people have been killed today and Hama residents are burying their dead in yards because they are afraid to go to public cemeteries.”

“The military is now besieging some areas of the city,” he said.

Security forces, dominated by Assad’s minority Alawite sect, had besieged Hama, a mainly Sunni Muslim city of 700,000, for nearly a month before the assault.

“What has been clear is that the government is prepared to use force without limit,” Beirut-based Middle East analyst Rami G. Khouri told Reuters. “But this is not solving the problem. Instead, it is making the rebellion more robust.”

The head of the Syrian League for the Defense of Human Rights, Abdel Karim Rihawi, told AFP that “intense shooting” was heard across Hama late Monday, the first night of the Muslim dawn-to-dusk fasting month of Ramadan.

The official SANA news agency said troops were locked in clashes with “saboteurs” in the city.

“The army is pursuing its mission in Hama and is removing barricades erected by groups of saboteurs at the entrances of the city,” SANA said.

The Assads have been repeatedly warned by the United States, European Union and Turkey against any attempt to repeat the massacre of Hama.

But the government is signaling to its growing legion of critics abroad that it will not bow to calls for change that have swept across the Arab world, and to its people that it is prepared to all the force at its command to stay in power.

President Barack Obama met in Washington on Monday with Robert Ford, the first US ambassador to Syria in six years, and repeated his strong condemnation of the Syrian regimes outrageous use of violence against its own people, according to a White House statement.

President Obama had said he was appalled by the Syrian government’s “horrifying” violence against its people in Hama and promised to work with others to isolate Assad.

Secretary of State Hillary Rodham Clinton, who on July 11 became the first senior administration official to say Mr. Assad had lost legitimacy, meanwhile, reiterated the phrase and said Syria will be a better place when a democratic transition goes forward.

While both Mr. Obama and Mrs. Clinton have struck a sterner tone, both have held back from explicitly calling on President Assad to go. After imposing sanctions on Mr. Assad and six other top officials on May 18, the administration is mulling additional oil and gas bans since the latest bouts of repression.

Meanwhile Foreign Secretary William Hague of the UK said there must be “international pressure” on Syria, “including from Arab nations” and from Turkey, in statements to BBC radio.

But Mr. Hague stressed there was no prospect of achieving a UN mandate for military intervention such as in Libya. “It’s not a remote possibility, even if we were in favor of that, which we’re not.”

NATO chief Anders Fogh Rasmussen said the lack of a UN mandate and regional support meant the conditions were not met for a Libya-style operation.

“In Libya, we’re carrying out an operation based on a clear UN mandate. We have the support of countries in the region. These two conditions are not met in Syria,” Rasmussen told a French daily.

Army tanks, meanwhile, stormed the eastern town of Albu Kamal after a two-week siege, activists in the region said, as the military stepped up assaults aimed at subduing dissent in the tribal Deir Al Zor province bordering Iraq’s Sunni heartland.

Government armor attacked the town of Zabadani near the border with Lebanon after evening prayers, residents said.

More than 20 tanks and armored personnel carriers entered the resort town in the foothills of the Anti-Lebanon mountains after people demonstrated in support of Hama, witnesses said.

At least three protesters in Zabadani were wounded by machinegun fire from the tanks, two witnesses said.

Residents said at least 29 civilians had been killed in a weekend tank assault on Deir Al Zor, the provincial capital.

Syrian authorities have expelled most foreign journalists since the anti-Assad protests began in March, making it hard to verify activists’ reports or official statements.

Assad on Monday marked Army Day by showering his troops with praise even as international condemnation swelled ahead of the UN meeting on the crisis.

The army had “proved its loyalty to its people, country and creed,” Mr. Assad said. “Its efforts and sacrifices will be admired. These sacrifices succeeded in foiling the enemies of the country and ending sedition, preserving Syria,” he said, according to AFP.

The embattled president also visited wounded soldiers in a Damascus hospital and said “all Syrians appreciate the army,” SANA reported.

More than 1,600 civilians and 369 members of the army and security forces have been killed since mid-March in Syria, according to the Syrian Observatory for Human Rights.