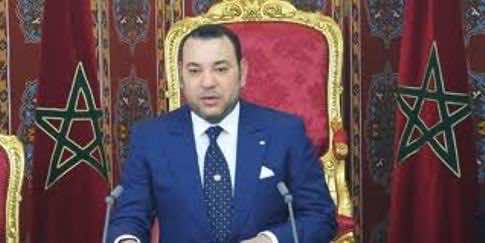 On Saturday, July 30, for Throne Day in Morocco, King Mohamed VI addressed the country in a speech outlining how the country would advance democratic reforms contained in its recently adopted constitution. The day marked the twelfth anniversary of his ascension to the throne of the Moroccan kingdom, when he succeeded his father.

It was the King’s first speech since announcing the draft constitution and the scheduled July 1 referendum back in June. The new constitution, approved with 73% turnout and 98.5% in favor, has been applauded by the US and European governments as steering Morocco on a path towards democracy. It has been the government’s response to protests since February, inspired by the Arab Spring calling for more democratic governance and accountability from leaders across the region. Morocco has since been cited as a possible model for Arab governments in responding to the pro-democracy movements.

His speech Saturday seemed to indicate the King’s commitment to maximize the democratic potential of the reforms, and offered reassuring answers to questions raised by observers when he stated: “No constitution, however flawless it may be, is an end in itself. It is rather a basis upon which a new political pact can be built and capitalized on.”

Highlights of the speech included specifying measures to be taken by the government and a timeline to achieve institutional reforms for the executive, legislative and judiciary. “The first step,” will be to conduct elections for a new House of Representatives, from which the Head of Government will be selected from the winning political party. This has been cited as one of the more significant changes in shifting power from the King to the parliament, where previously King Mohamed VI appointed a Prime Minister of his choosing. In addition, bringing about these reforms are significant because they include enhanced executive authority for the new Head of Government, and expanded legislative responsibilities for the House of Representatives.

Changes effecting Morocco’s other legislative chamber, the House of Councilors, depend on new legislation that strengthens regional and local governments and therefore should be in place by the end of 2012.

The King’s speech was also notable in its encouragement for the strengthening and engagement of political parties and civil society. Critics during the lead-up to the referendum and the consultation process to draft the constitution noted the weakness of national political parties, including their traditional eagerness to court favor with the monarchy, and the political apathy of many Moroccans. Other skeptics have worried that the ushering in of democracy in Arab countries, accustomed to autocratic rule, could produce instability.

“Completing the overall institutional set-up provided for in the new Constitution requires determined efforts to revamp and upgrade the political landscape…in order to rehabilitate political involvement and action in our country,” announced Mohammed VI.

Calling for greater civil society involvement and participation by young people to produce a “citizen-centered democracy,” the King also reminded Moroccans of their responsibility in electing qualified leaders. Furthermore, the King noted the media and civil society’s role in “making relevant recommendations and contributing as key partners, to the consolidation of this edifice.”

In addition, the King used Saturday’s speech as an opportunity to reiterate his commitment to social and economic development initiatives to deal with unemployment, poverty, illiteracy, education, health care and housing, which he noted is closely related to building a strong democracy. He lauded “free enterprise” and “small and medium-sized businesses” as underpinning Morocco’s economy, noting that the new constitution introduces new measures to combat what has been seen as a rise in economic corruption during his reign.

A substantial portion of the speech was also dedicated to international affairs. On the issue of the Sahara, the King stated his hope that the further strengthening of principles of regional and local governance in the Constitution would enhance the appeal of the Autonomy Initiative to resolve the conflict. He reiterated his commitment to the current peace process, which “should be based on serious negotiations and on a spirit of consensus and realism, within the framework of the United Nations Organizations, and in cooperation with the UN Secretary-General and his Personal Envoy.”

Furthermore, the King espoused the goal of improving relations with neighboring Algeria. To this end, Morocco would be committed to establishing the Maghreb Union and “launching of a new dynamic action for the settlement of all outstanding issues” between the two countries.

On other regional issues, the King weighed in on the Arab Spring with an appeal that Arab countries address these “challenges in a bold, forward looking manner, building on constructive, consensual dialogue.” He also reaffirmed the government’s desire to see a peace agreement between Israel and Palestine that includes a Palestinian state with East Jerusalem as its capital.

Lastly the King noted Morocco’s commitment to Africa and to contribute towards the achievement of the Millennium Development Goals in sub-Sahara Africa.

Moroccans in New York interviewed by Morocco World News expressed their satisfaction with the road map announced by King Mohamed VI in his Saturday speech and hoped that Morocco’s political elite will rise up to the challenges faced by their country and put Morocco on the right path toward a genuine democracy.

Benjamin Villanti has been part of the United Nations community in New York since 2005, working in both public information and political analysis. He has a Master of Public Administration from Columbia University School of International and Public Affairs and a Bachelor of Arts in International Affairs from George Washington University. He is a contributor to Morocco World News.