Morocco World News
Home News Middle-East The end of the culture of obedience? 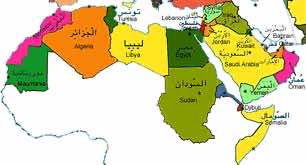 Reforming school curricula in the new Arab world should be undertaken as soon as possible. It is also important to rewrite the Arab people’s history and expurgate all the lies that were elevated to the level of infallible truths by the defunct authoritarian regimes from it. It goes without saying that students should be taught, at all levels, that free and universal elections should be the only criterion that governs the relationship between the ruler and the ruled. Students should also be taught that the right to withdraw popular legitimacy from the rulers through elections is the best safeguard against the culture of subservience.

“Obedience of the ruler” was one of the central issues that were treated with extra-care in the defunct pre-2011 Arab world. It was the barricade which despotic rulers and their retinues had recourse to to safeguard their interests, and by so doing succeeded in turning whole nations into subjects who took pride for decades in serving their authoritarian whims. Over the years, they also managed to devise ways to strip their people of any political will, and crush their innate tendency to express disaffection with their socioeconomic and political conditions. Moreover, dictatorships were able to build a whole system of ideas to obstruct and – where obstruction failed – to contain the emergence of any freethinking leadership which might have challenged their tight grip on power. Despite the efforts, time and resources mobilized by dictatorships to nurture and disseminate it for decades, the Arab revolutions have done away with the culture of subservience. Arab peoples broke the chain of fear and unbridled their scathing tongues to depose fear after liquidating symbolically the repressive regimes, and rubbing their nose in the mud of Arab liberation squares. Thus Arab people proved that they are not an exception in their struggle to weed out the culture of obedience and “subjecthood”.

However, getting rid of the residues of long years of the cult of the individual is a long process. For decades, Arab people were only trained to say yes, and those who thought otherwise, even in their wildest of dreams, were either jailed or sent to exile in the best of cases. Moreover, an institutionalized process whose only goal was nipping critical thinking from the bud and implementing a symbolic emasculation of whole societies through the rituals of obedience was put in place at different levels. The consequence of these processes, through the years, was a flagrant omission, by authoritarian regimes, of the logic of history and oppressed people’s natural tendency to rebel against despotism. Reveling in their ephemeral victory, Arab despotic regimes forgot that a little breeze was enough to stoke the ember of revolution, dormant for so long in people’s hearts and minds. Despite their diverse, and sometimes very contradictory, natures; all Arab regimes resorted to similar strategies to institutionalize the production and dissemination of subservience culture. The following strategic sectors appear to be the main platforms used to indoctrinate people:

• School curricula. Students were not encouraged to develop critical thinking. Questioning facts, which is considered by many educators as the catalyst of critical thinking, is/was absent from schools under authoritarianism. Dictatorship has managed to transform schools into factories to produce subservient people. Even worse, the teaching of philosophy was cancelled in some Arab countries, and thousands of students were deprived of the encounter of new ideas which would have deepened their questioning abilities and dispelled the fatalism that reigned over Arab countries and societies for the last four decades. Even the relationship between teachers and their students is reflective of the type of power dynamics that exist between the rulers and their subjects in these societies.

• Falsification of history: every Arab country has two histories, a people’s history and an official history. The official history taught at schools was distorted to fit the official narrative and serve keeping the status quo. In the pre-2011 Arab countries, history was an instrumental tool in the process of legitimization of authoritarian rulers and their lackeys. This contradicts the mission of history, as an academic subject, supposed to lead students to compare, analyze and reread facts in light of new events and situations in order to better understand the past, deal with the present, and build the future.

• Utilization of media outlets, both print and audiovisual, under the control of the state and private sector, in the indoctrination process. Of course, not all Arab countries have/had the same financial wherewithal to hammer out their subservience culture dissemination strategies but the Gulf countries with their petrodollar glut have definitely been very instrumental in creating a media atmosphere that glorified the cult of the individual and lavished blessings on authoritarian rulers. This created an atmosphere of media containment that only people who were well versed in foreign languages were able to break. Developing critical thinking when you are subjected to a well honed propaganda media campaign all your life was challenging and debilitating for many people.

• The use of religion to subjugate people in the name of obedience of the ruler. The establishment’s religious jurists have managed to find religious justification for total submission to the ruler, even if they are authoritarian, because the Quran supposedly enjoins Muslims to be obedient to God, the Prophet and the rulers. Religion was an ace that was blatantly used by dictatorship to deepen its grip on power. This manifests itself in the names appropriated by Arab rulers ranging from commanders of believers to custodians of the holy sites alongside a relentless race to find direct or indirect lineage to the prophet. Thus dictatorships managed to play on the sensitive cord of religion and the symbolism of these names for believers in very religious societies to wrap the bane of subservience in a religious cloak. Of course, because of lack of critical thinking – given the failure of the educational system – and because of the reign of terror, the majority of people in the Arab world were not able to voice the total contradiction of subservience to the percepts of Islam. Not only does subservience contradict the percepts of the Islam but it also contradicts one of the core concepts, dear to Islam as a religion, which is the human agency and the ability of human beings to control their acts and assume their consequences.

The subjugation process involved both soft and harsh means, ranging from corruption and nepotism to fostering the appearance of a corrupt new bourgeoisie that served as a buffer zone between the power holders and the majority of the people. All these tactics contributed to the creation of a clientele for the subservience culture. However, this institutionalized culture of obedience tailed away with the first sparks of uprising in Tunisia, but deeper measures need to be taken urgently both at the popular and institutional levels to dismember its sinister infrastructure.

Reforming school curricula in the new Arab world should be undertaken as soon as possible. It is also important to rewrite the Arab people’s history and expurgate all the lies that were elevated to the level of infallible truths by the defunct authoritarian regimes from it. It goes without saying that students should be taught, at all levels, that free and universal elections should be the only criterion that governs the relationship between the ruler and the ruled. Students should also be taught that the right to withdraw popular legitimacy from the rulers through elections is the best safeguard against the culture of subservience. The Arab media sector should cleanse itself from opportunists. All stakeholders should strive to rehabilitate it in order to serve the public good and protect the emergence of a real democracy in the new Arab world.

Finally, whatever happens in the Arab world in its long tortuous way towards democracy, one thing is sure: the stage of submission, both internally and externally, is over. The era when whole nations compete to serve the idols of power was buried alive by the Arab youth.

*Brahim teaches Arabic language and culture in the United States. His areas of research include Arabic literature, Islam and society, and “berbérité” and Islam among the Berbers of southeast Morocco. Brahim is currently working on an anthology of young Moroccan poets. He is a contributor to Morocco World News.