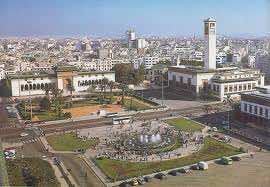 At a press conference in Casablanca, Visa shared the latest business updates within the e-payment industry with business and finance editors. Speaking at the event, Mohamed Touhami El Ouazzani, General Manager, Visa Morocco, Central and West Africa, discussed the recent developments of Visa’s operations in the market and shed light on current business trends including e-commerce and e-payments.

Connectivity and Internet use are also two main factors in today’s life. Based on recent data published by Nielsen Online, the Internet penetration in Morocco was over 30 per cent of the total population at the beginning of 2010.

El Ouazzani emphasised the numerous benefits of e-payments as a key driver for economies worldwide, while explaining the situation in Morocco, “E-commerce in Morocco is increasingly gaining ground due to the improving Internet infrastructures. Currently we are working closely with our clients to promote e-commerce. I am confident that both Moroccan merchants and consumers will join the global trend and enjoy the various benefits of e-commerce; with over 10 million Internet users in Morocco, the potential to grow this business is enormous.

“With the increasing use of mobile phones and other electronic devices, consumers worldwide are gradually migrating to mobile and Internet payments. E-commerce transactions are becoming more popular as consumers and merchants alike realise the numerous benefits they bring. E-commerce helps merchants increase sales, decrease costs and hence raise their profit margins. Moreover, it helps them expand the size of their market across borders. On the other hand, cardholders can enjoy the safety, convenience and speed while shopping online with their Visa cards and take advantage of a wider range of shopping offers and discounts.”

According to a recent research released in December 2010 by the Arab Advisors Group, 63 per cent of the analysed 102 portals selected in the MENA region provide e-commerce services. The report also said that using credit and/or debit cards is the most accepted method of payment with 63 per cent of the analysed 102 portals using it. Bank/Wire transfer or cheques and Cash on Delivery options followed with 46 per cent and 44 per cent of portals, respectively.

Last but not least, the summer holiday season will soon kick off and the tourism industry plays a pivotal role in boosting the national economy. The Moroccan Tourism Report 2010 released by Business Monitor International Ltd. stated that the tourism arrivals are expected to exceed eight million tourists in 2011 with an increase of seven per cent YoY. Tourism expenditure is expected to constitute 8.9 per cent of the GDP. Morocco is also bolstered by its cost advantage, stable political situation and ongoing developments within the tourism sector. With a sound e-payment infrastructure, Visa in cooperation with the financial institutions can expand the card acceptance network making it easier for tourists to pay for products and services; and with the help of e-commerce, tourists can even book their holiday online and enjoy reduced costs and better offerings. All this will help increase the numbers of inbound tourists, provide more job opportunities, inject more foreign currency into the market and ultimately fuel the economy.