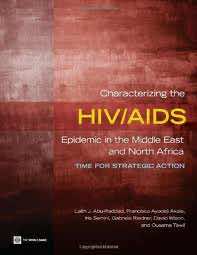 Epidemics of HIV are emerging among gay and bisexual men in the Middle East and North Africa and high levels of risky sexual behaviour threaten to spread the AIDS virus further in the region, researchers said on Tuesday.

In the first study of its kind in a region where homosexuality and bisexuality are taboo, researchers from Weill Cornell Medical College in Qatar found evidence for concentrated HIV epidemics — where infection rates are above 5 percent in a certain population group — in several countries such as Egypt, Sudan, Pakistan and Tunisia.

In one setting in Pakistan, HIV rates reached up to 28 percent, they said in a study in the Public Library of Science (PLoS) Medicine journal.

The researchers stressed the need for at-risk countries to act quickly to expand HIV surveillance and access to HIV testing, prevention and treatment services for men who have sex with men in an effort to halt further spread.

An estimated 33.3 million people worldwide had the human immunodeficiency virus (HIV) that causes AIDS in 2009, according to the latest United Nations data, and 22.5 million of those live in sub-Saharan Africa.

There is little published data on the Middle East and North African regions and Ghina Mumtaz, who led the study with colleague Laith Abu-Raddad, said this had been driving misconceptions that there is no reliable information at all.

“It’s like the black hole in the global HIV map — and this has triggered many controversies and debates around the status of the epidemic,” she said in a telephone interview.

But when they looked more closely, the researchers found that data was indeed available, although often it had been gathered by various groups and not made public.

After analysing various reports, they found “considerable and increasing epidemiological evidence on HIV and risk behavior among men who have sex with men” in the region.

“It’s important to see what’s there to get an evidence-based understanding of the dynamics of the epidemic,” Mumtaz said.

“All over the world there are actually newly-emerging epidemics in men who have sex with men and … this region is no exception,” said Abu-Raddad.

He added that more testing, surveillance and access to HIV services would help limit the size of the epidemics and prevent HIV transmission from reaching other population groups such as women and heterosexuals. He stressed that this did not have to require uncomfortable public statements by governments.

“Men who have sex with men are still a highly hidden population in the region and there is stigma around this behaviour, but some countries have been able to find creative ways of dealing with the problem and at the same time avoiding the social, cultural and political sensitivities,” Mumtaz said.

Morocco, Lebanon and Pakistan have supported NGOs to deliver services to this highly hidden population without any direct government involvement, Mumtaz added.

“We are seeing some very effective programmes by NGOs who can provide an avenue for the governments to address their growing HIV problems,” she said. “These programmes need to be expanded and initiated in the rest of the countries.”