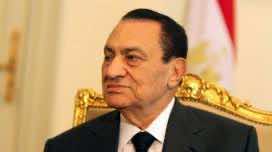 The trial of the ousted President Hosni Mubarak will be held at the Police Academy in northeast Cairo, Egypt’s justice minister said on Monday.

Justice Minister Mohamed Abdel Aziz Al-Guindi said that the trial of the ousted president Mubarak will be held in the police Academy instead of Cairo International Fair complex in Heliopolis as was said last week.

Mubarak is set to face trial on 3 August for charges of corruption and ordering the killing of protesters during the 25 January revolution, in which 850 people were killed.

Al-Guindi said that he coordinated with the interior minister to secure the trial and regulate the entry of lawyers, media and families of those killed in the revolution, according to state-run newspaper Al-Ahram.

The Police Academy where Mubarak and his chief of Police will be tried was once called “Mubarak’s Police Academy” before the 25 January revolution.

The trial of toppled president Hosni Mubarak will include the trial of both of his sons Alaa and Gamal, businessman ?Hussein Salem and ex-minister of interior Habib El-Adly.

Businessman ?Hussein Salem is now in Spain, authorities in Egypt discuss with their counterparts in Spain the possibilities of returning Salem to Cairo in order to be tried.

Al-Guindi said that the location of the trial was changed for security reasons and denied plans to hold the trial in Sharm el-Sheikh.