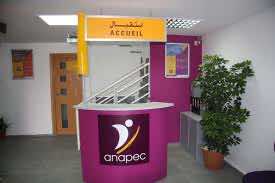 Unemployment in Morocco rose to 8.7 percent by the end of June compared with 8.2 percent a year earlier, as the economy lost 84,000 jobs over the 12 months, official data showed on Wednesday.

While the services sector added 125,000 jobs, farming, fisheries, industry and construction had to reduce their workforce by a total 214,000 over the 12 months to June 2011, the country’s planning authority (HCP) said.

No reasons were given for the job losses. About 40 percent of the North African nation’s workforce of 11.6 million people is employed in agriculture.

Unemployment among Moroccans below the age of 34 rose to 30.2 percent by end-June from 27.7 percent a year earlier. In cities, unemployment rose to 13.5 percent from 12.7 percent, HCP said.

The jobless rate during the first quarter of this year declined to 9 percent from 10 percent a year earlier.

The agriculture- and tourism-reliant economy grew by 4.9 percent in the first quarter of this year, down from 5.4 percent during the same period in 2010, HCP data show.