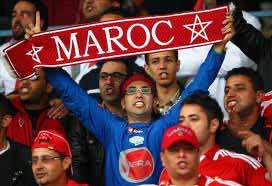 An in-depth look into who from Africa will make it to World Cup 2014.

The elephant have been handed a tough draw in the initial phase of qualifying for Brazil while all the top teams aside from Cameroon are in more manageable groups.

If any of the top seeds came out wincing after the 2014 World Cup qualifying draw for the Caf region concluded on Saturday, it would have been Cote D’Ivoire who landed in Group C alongside a resurgent Morocco – a second seed that all the giants were desperate to avoid – an improving Gambia, and the winner of a play-off between a physical Chadian unit and a plucky Tanzanian squad.

Aside from their more recent revival under Eric Gerets, Morocco pose a particular challenge for the Ivorians who have a history of poor results against north African opposition, best exemplified by their late collapse against Algeria over a year ago. Thus, it will give the Elephants pause when they consider that their biggest group rivals, the Atlas Lions, recently crushed the Fennecs by the score of 4-0 in 2012 African Cup of Nations (Afcon) qualifying.

Meanwhile, the Gambia beat Tunisia 2-1 in an away match in Tunis during the build-up to the 2010 Afcon while Tanzania also held Algeria in Blida to a 1-1 draw in qualifying. Make no mistake, these lesser known sides have what it takes to cause the higher seeds problems and are just as much the reason this is being called the Group of Death as the presence of prominent continental forces such as Cote D’Ivoire and Morocco.

The next toughest group is arguably either Group D (Ghana, Zambia, Sudan, Lesotho or Burundi), Group H (Algeria, Mali, Benin, Rwanda or Eritrea), or Group I (Cameroon, Libya, Guinea-Bissau or Togo, Swaziland or Congo DR). The Black Stars face a familiar foe in Sudan. The Falcons of Jediane’s low seeding belies their true level which they displayed at the 2010 African Championship of Nations (Chan) where they barely missed out on the final.

Mohamed Abdalla’s side are a well-drilled unit that have the advantage of mainly relying on home based players who know each other well. Plus, many of them are experienced Caf Champions League veterans. Furthermore, Zambia are no pushovers either. Just ask Egyptians who made the mistake of underestimating the Chipolopolo in their first 2010 World Cup qualifier and then never quite got over that first game setback.

On the other hand, it will be interesting to see if Mali can finally shake their tag of perennial under-performers and make good on the wealth of European-based talent at their disposal. Alain Giresse was brought in to rid them of their naivety and there will be no better way to judge his success than ousting a 2010 World Cup qualifier in Algeria who, at their best, are precisely the type of tactically adept side that give the Eagles problems.

Out of the three other teams potentially rounding out the group, Benin and Rwanda will be taken much more seriously than Eritrea.

As far as Group I is concerned, some might even call it a second group of death. While it’s true that it doesn’t have two household names like Cote D’Ivoire and Morocco headlining it, its might even be a tougher pool if you take stock of the cumulative strength of all four potential teams together.

If the preliminary playoffs yield the expected results things would look like this: Cameroon, Libya, Togo, and Congo DR. That’s a perennial powerhouse, a side that narrowly missed out on Angola 2010, a former World Cup qualifier, and the 2009 Chan title winners. The Lions will truly have to be Indomitable to get out of this group.

A Gabon team that qualified for the last African Cup and is preparing well to jointly host the next one in 2012 won’t easily be dismissed, and neither will Niger who in recent months also pulled off a stunning home win over current African champions Egypt.

After a lull under foreign coaches, getting back to basics for the Senegalese with a local trainer has worked wonders. Amara Traore’s side are on the verge of kicking Cameroon out of Afcon 2012 and based on current form they shouldn’t have too many problems escaping out of this group unless Uganda or Angola truly play out of their skin and luck turns on the Teranga Lions. The Palancas Negras are looking a more likely dark horse in such a scenario.

The next three groups that are more or less on the same level of difficulty for the top seeds are Group A (South Africa, Botswana, Central African Republic, Somalia or Ethiopia), Group F (Nigeria, Malawi, Seychelles or Kenya, Djibouti or Namibia), and Group G (Egypt, Guinea, Zimbabwe, Comoros or Mozambique).

South Africa’s recent triumphs over the Pharaohs bode well for them, but Bafana Bafana will have to be very weary of Botswana who shockingly qualified for the African showpiece well before anyone else. Another team that shouldn’t be discounted in this same contingent are the Central Africa Republic, who have been giving Morocco and Algeria fits in qualifying. Les Fauves are inconsistent, but when they’re playing their best counter-attacking football, they can hurt teams unexpectedly.

Nigeria don’t have quite as much to complain about as Pitso Mosimane’s men, with Malawi and possibly Kenya still no match for them, especially with Samson Siasia finally at the helm after years of waiting.

The west Africans should still take heed as Malawi are currently giving the Carthage Eagles a run for their money in the race to Gabon and Equatorial Guinea. The same can be said about the Mozambicans who denied Tunisia a place in South Africa on the last day of WC qualifying.

Egypt should take note of that, but it’s fair to say that out of their group (Egypt, Guinea, Zimbabwe, Mozambique or Comoros), the biggest threat are surely Guinea who just need to hold on to their current top spot to oust Nigeria from the Afcon 2012.

Sami Trabelsi’s men can count themselves lucky as they received the most favourable draw out of all the top seeds. Group B (Tunisia, Cape Verde, Sierra Leone, and Equatorial Guinea or Madagascar) is theirs to lose. The islanders of Cape Verde have come a long way, registering narrow wins over Angola and Mali in recent years, but they’re still no match for a Carthage Eagles team playing at full strength.

The same can be said about Sierra Leone with a famous recent draw in Cairo to point to as a warning for anyone who doubts them. Frankly, even though they’re lower ranked than the Blue Sharks, they’re more dangerous considering the presence of players like Milan-owned Rodney Strasser, Albert Jarrett, and the Bangura brothers. Whoever makes it through out of Equatorial Guinea and Madagascar will battle bravely, but it is difficult to imagine them going far.

With all that said, a great deal can happen between now and November. Certain teams, even the favourites, that are doing well now could be in a much more difficult position around that time. And even if all the top seeds emerge victorious in this round, the real business begins in the playoffs when fans will be treated to some incredible encounters between the 10 nations who emerge first out of these 10 groups.