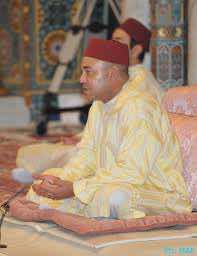 Rabat – HM King Mohammed VI, Commander of the Faithful, will preside, on Thursday in Rabat, over the first religious lecture in a series of such lectures held during the holy month of Ramadan, the ministry of Royal Household, Protocol and Chancellery announced.

The lecture will be given by Moroccan minister of Habous and Islamic Affairs, Ahmed Toufiq, on “the  contractual dimensions of the Bei’a (allegiance) in the history of Morocco”, drawing on the following Quranic  verse: “O ye who believe! Obey Allah, and obey the Messenger, and those charged with authority among you.”

The lecture will be broadcast on the radio and the television at 18:00.