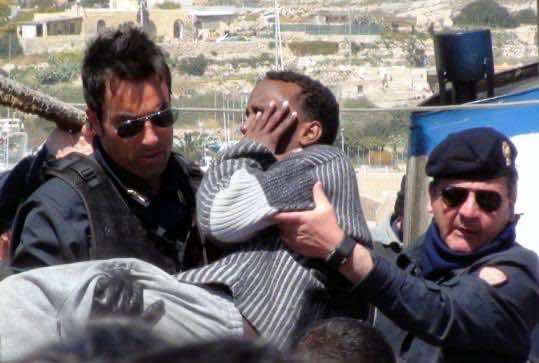 ROME–Italian coast guards rescued more than 300 migrants fleeing Libya after their boat ran into difficulties off the small Italian island of Lampedusa, officials said on Thursday.

The boat, described as about 20 metres long, had been drifting off the coast for several hours. It is the latest in a wave of arrivals since a western alliance began a military campaign to oust Libyan ruler Muammar Gaddafi.

A Cypriot tugboat had raised the alarm after initially trying to help, coast guards said in a statement.

Three people suffering from extreme dehydration, including a pregnant woman, were taken away by helicopter.

Those rescued said several migrants had died on the journey due to hunger and hardship, Italian media reported. There was no official confirmation.

Hundreds of people have died or drowned attempting the dangerous crossing from North Africa to Lampedusa, a tiny island off the southern coast of Sicily, as fighting in Libya has brought down previously strict border controls.

Earlier this week Italian coast guards found the bodies of 25 men on another boat crammed with African migrants. The men had apparently died of asphyxiation.