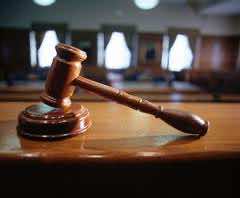 The trial of 27 Moroccans accused of preparing attacks have opened at the anti-terrorism court at Sale and was adjourned to September, court officials said.

Prosecutors said the network of 27 people was headed up by a 40-year-old Moroccan known as Hicham El Ba, said a court source.

The court adjourned the trial to September 15 to give defence lawyers time to prepare their case.

On January 4, when the interior ministry announced the arrests of those on trial, it said they included a member of Al-Qaeda in the Islamic Maghreb (AQIM), who wanted to use Morocco as a base for “terrorist acts”.

The arrests followed the discovery of an arms cache near Amgala in the Western Sahara.