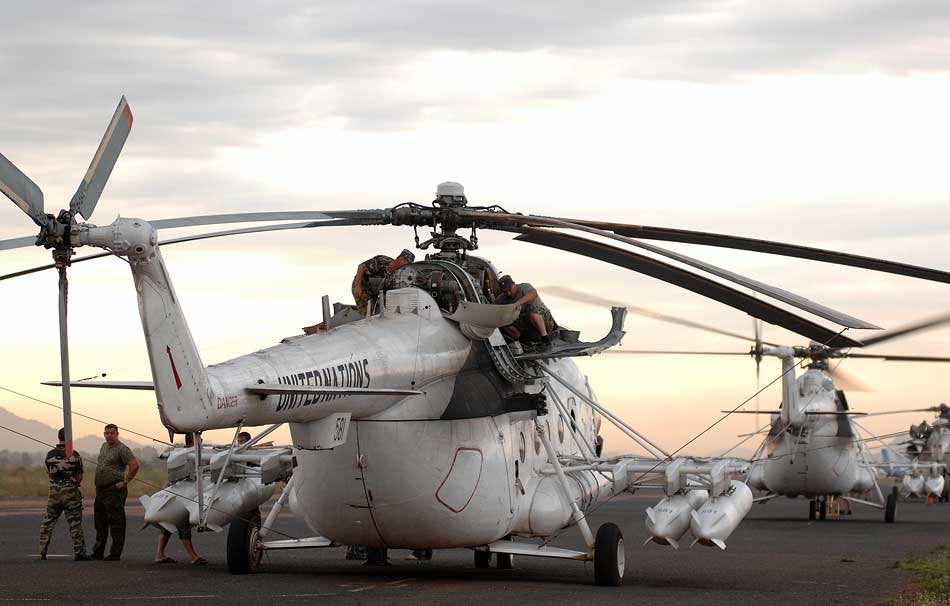 Four Ethiopian blue helmets – part of the newly established UN Interim Security Force for Abyei (UNISFA) – died and seven others were injured on Tuesday after their patrol vehicle hit a landmine.

One of the soldiers died on the spot and the three others waiting to be evacuated subsequently succumbed to their injuries, according to Alain Le Roy, the outgoing UN Under-Secretary-General for Peacekeeping Operations.

“We didn’t get the clearance for the Medevac helicopter to take off immediately,” Mr. Le Roy told reporters at UN Headquarters. He said there had been a threat to shoot down the aircraft if it took off without clearance.

A board of inquiry is looking into the incident and Secretary-General Ban Ki-moon has raised the issue with the Sudanese authorities, according to Mr. Le Roy.

He stressed that under the status of forces agreement entered into by the UN and the government of a country where a peacekeeping mission is deployed, medical evacuation flights do not require prior authorization.

Mr. Le Roy also said it was difficult to say whether the lives of the three peacekeepers could have been saved if the helicopter had been allowed to take off immediately.

More than 1,500 troops, all Ethiopian, have been deployed in Abyei since the Security Council voted in June to establish UNISFA after north-south violence forced more than 100,000 people to flee their homes.