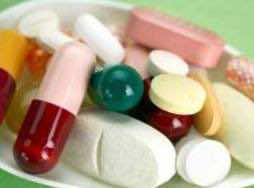 The agreement with Galenica gives the company exclusive rights to distribute BioGaia’s Probiotic drops and tablets under the BioGaia brand in Morocco. The launch is planned for the first quarter of 2012.

Galenica, Morocco’s third largest pharmaceutical company in terms of units sold, was founded in 1987 by Abdelghani El Guermai and remains under his family’s ownership today. Galenica has 400 employees, of whom 120 are sales representatives.

The Moroccan economy is growing fast. With a population of 32 million people and 630,000 newborn babies per year, it is an attractive market for BioGaia.

“We are pleased that the agreement has given us access to an interesting new region with strong growth and that our products are launched in yet another country,” says Peter Rothschild, President of BioGaia.

BioGaia’s finished products, such as Probiotic drops and tablets, are now sold in 52 countries. In 34 countries, the products are sold under the BioGaia brand.