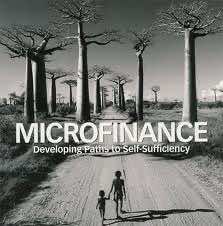 Easier and faster microcredits are bringing people out of poverty and off the unemployment rolls.

With a high rate of unemployment across the Maghreb, young people are looking for ways to take their economic future into their own hands. Small, affordable loans, or “microcredits”, give them their start.

In Algeria, authorities recently instructed banks and financial institutions to fund projects undertaken by unemployed young people. The decision followed the social unrest that has rocked the country.

An existing aid package was also strengthened, bringing tangible results. The number of applications from young entrepreneurs approved by the Youth Employment Support Agency (ANSEJ) rose by 330% this year, ANSEJ chief Mourad Zemali announced on Saturday (July 30th). Approvals rose to 108,573 for the first half of 2011, compared to 25,256 in the same period last year.

Once approved, projects are sometimes funded in as little as 48 hours. “The banks previously had two months in which to provide funds,” Zemali added.

Interest-free loans of 500,000 dinars (5,000 euros) are also now available to unemployed young people for training in manual trades such as plumbing, ironwork, mechanics, vehicle electrics and construction. Young graduates looking to set up medical or legal clinics will be offered interest free loans of up to 1 million dinars (10,000 euros).

The new arrangements are encouraging once-hesitant young people to create their own small businesses.

“I left school when I was 19. For nine years I was unemployed and did casual jobs,” said Karim Seddik, a 30-year-old beneficiary of the programme. “Then I decided to embark on this adventure.”

He said he was able to buy a refrigerated truck with the help of microfinance from ANSEJ.

“I bought a car. I’m expecting to buy a house within the next three or four years. I’m now full of hope for the future, whereas before, everything looked bleak and uncertain,” Seddik said, adding that he already paid back 80% of the loan given to him by the bank.

Nassim failed the baccalaureate twice but met success when he started up a small business specialising in sports equipment. “This project changed the course of my life,” he said.

At the age of 28, Nassim just got married. He believes he could not have done it without achieving financial independence.

In Morocco, micro-loans are promoting financial health. Since 2005, the sector has experienced sustained growth, with the number of active employees up by 144%, the number of loans up by 26% and the number of beneficiaries increasing by 162%.

Around 64% of micro-loan recipients are women, located primarily in urban areas.

Mrs Lakbira, who is around 50, decided to invest in dressmaking. “With a loan of 10,000 dirhams from the Fondation Banque Populaire, I was able to buy two sewing machines to help my husband make ends meet,” she told Magharebia.

In just a few months, she gained enough customers to begin paying off her bills.

Her neighbour Malika, nicknamed “Attabakha”, bakes traditional cakes for festivals and the month of Ramadan. She has always wanted to turn her talent into an income-generating endeavour. “Thanks to a loan of 20,000 dirhams, I’ve been able to rent premises with an area of 18 square metres in which I display my wares, and this has enabled me to have an address for my customers.”

Nearly 1.4 million people in Morocco have received microloans, with a combined value of around 7 billion dirhams (620 million euros).

Now the National Federation of Micro-Lending Associations has an ambitious action plan: five million people benefiting from loans by 2012.

In Tunisia, requests for microcredit mounted after the January 14th revolution, especially from young people.

Branches of the Banque Tunisienne de Solidarité in the Greater Tunis area have distributed hundreds of loans since last January. At the Ben Arous branch office alone, loans went out to 121 customers, including 24 holders of university degrees. Projects ranged from the service sector to small trades and traditional crafts to agriculture.

Degree holder Saber Amdouni hopes to receive a loan to finance a snack shop. He came to the bank to inquire about his eligibility.

“They confirmed that they can give me a loan, provided the idea of the project is well understood and the market is studied,” the budding entrepreneur told Magharebia.

The government is counting on microcredit to improve the standard of living for low-income families. At a press conference Wednesday (August 3rd), Social Affairs Minister Mohamed Naceur said that the ministry was encouraging people to create new projects using bank loans offered with easy terms.

Since its creation in 2007, the microcredit sector in Tunisia has helped get many citizens out of poverty and off the unemployment rolls.

Fathi Lajmi is a microcredit success story. He failed the baccalaureate exams, so he went to a training school for a certificate in informatics. The certificate helped him secure microcredit funds to open an internet café. That was three years ago.

“I was able to make this project a success and I paid off the loan,” Lajmi said. “Now I can save some money every month to expand this project and create new job opportunities.”