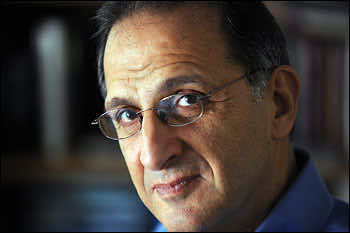 Critics’ reactions to polling results can sometimes be as interesting and disturbing as the results themselves. During the month of July, we released the findings of a six nation survey of Arab public opinion on topics ranging from the standing of the U.S. two years after President Obama’s celebrated Cairo University speech, to evolving Arab attitudes toward Iran, and the expectations created by the “Arab Spring”.

The essential findings shouldn’t have been a surprise to anyone: U.S. favorable ratings across the Arab World are lower than they were in 2008, the last year of the Bush Administration; attitudes toward Iran have plummeted, dropping in almost every Arab country since 2006; and expectations for the “Arab Spring” were high, but so too was regional nervousness, and a prevailing “wait and see” attitude toward the changes underway.

However, when the hard data of these findings ran up against the ideological convictions or political aspirations of some, their responses were both predictable and troubling. In some cases there were those who “cherry-picked” the findings they liked, while ignoring the rest, in an effort to buttress their ideological positions. And then there were those who, finding results with which they couldn’t agree, decided that it was easier to “shoot” or at least try to discredit “the messenger”.

It was in reaction to the findings about America’s current standing in the Arab World that the “cherry pickers” had their day. Right wing newspapers here in the U.S. could barely disguise their glee. Casting off the pretense of super-patriotism, they appeared to take delight in the increase in America’s unfavorable ratings, making the unsupportable claim that the poll demonstrated that “Bush was better”.

In fact, what our history of polling in the Arab World shows, if anything, is that the policies of the Bush administration deeply damaged the U.S. image across the Middle East. Torture, Guantanamo, Abu Ghraib, Iraq and the devastation of Gaza and Lebanon were unforgettable policies that marked the Bush era. It was because Arabs expected that Obama would change all of this that U.S. ratings soared in 2009. But with the realization that the new President could not or would not be able to make those changes, U.S. ratings have sharply dropped. Expectations raised and then let down can be quite devastating–but nowhere is there an Arab cry to “bring back Bush”. The holes Bush dug were so deep and the damage he did was so great that the Arab World and the U.S. will be living with the consequences of his policies for a long time to come.

Strange reaction to the Iran findings came from the other side of the political spectrum. Being unable or unwilling to accept the fact that Arab attitudes toward Iran have been in steady decline since 2006, critics have chosen to take shots at the poll itself. It has alternately been accused of being funded by the Saudi Foreign Ministry or the Israelis. One critic called me a “stooge of Bahrain”, while another suggested that in releasing this data, we were laying the ground work for an attack on Iran.

Why should it be so surprising that Arab attitudes toward Iran are in decline? In 2006 and 2008, these attitudes were largely being shaped in reaction to U.S. and Israeli actions in the region. The situation in Iraq was at its bloody worst. And Israel’s devastating assault on Lebanon was still taking its horrifying toll.

Back then, Iran was seen as standing in defiance to both Israel and the U.S., with both using bellicose language to regularly denounce Iran — Bush going so far in one series of speeches as to conflate al Qaeda and Iran, even comparing Iran to the Soviet Union, as if it was its equal in managing a world-wide revolution. As a result, Iran’s standing was bound to rise among a deeply alienated and angry Arab population.

Much has changed since then, most especially: Turkey’s rise as a regional challenger to Israel; the Iranian regime’s internal disarray and brutal repression of their own “Green Movement”; the “Arab Spring” creating a more self-confident mindset among many in the Arab World; concern, as our poll demonstrates, with Iran’s meddling in Iraq and Lebanon, and (among some Arabs) Bahrain; and the fact that a distracted Washington, has turned its attention somewhat away from Iran toward other regional concerns.

Given all this, it is logical that Iran, increasingly seen on its own terms and judged by its own behavior, would suffer a significant decline in support. Or one could simply dismiss the whole exercise as a ploy of the Saudi Foreign Ministry, Bahrain, or Israel — which, this poll, most certainly, was not!

The Arab Spring results should also have not been surprising. In most countries, respondents displayed high expectations for the future. But in response to the question “is the Arab World better off or worse off following the uprising” pluralities in almost every country said that “it was too early to tell”.

Critics replied that the poll was “pouring cold water” on the “Arab Spring”, with some suggesting that these results served the goals of “the regimes” that had been overthrown or discredited by the revolts. In fact, these responses were quite logical given the uncertainty that exists across the region. With Egypt and Tunisia struggling to get their economies and governance on track, and with events in Libya, Yemen and Syria exacting a daily bloody toll, is it no wonder that “too early to tell” would be the reaction of many? But expectations remain high, and this strikes both a positive and a cautionary note since these regional aspirations must now be met — or face a letdown that could produce negative consequences all their own.

Which brings me back to my initial point about the polling and the various ways critics respond to numbers they don’t like and won’t try to understand. It’s always easier to pick the numbers with which you agree, and ignore the ones with which you don’t agree or to simply try to discredit the poll in toto. But the danger in both approaches is that they ignore reality — and the reality here is one that demands attention. When over 4,000 Arabs from Morocco to the Arab Gulf States are asked their views about critical issues of importance to the region and to peace, it is important that they be heard and understood. For too long, Arabs have been ignored. Polling opens a window, letting Arab voices be heard. There is a danger in ignoring what they are saying.