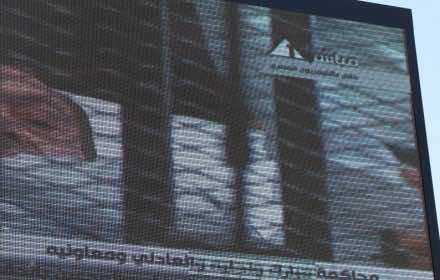 Accompanying the screenplay of his highly successful film Romulus My Father, starring Hollywood heartthrob Eric Bana, is an essay by Melbourne philosopher Raimond Gaita where he explains why he even wrote the story detailing the hardships of growing up with a damaged yet stoic man:

There is no single reason why I wrote Romulus, but I wrote it partly because I wanted to bear witness to, rather than merely record, or even celebrate, the values that defined my father’s moral identity…I am certain that the way people have been moved by it is inseparable from the fact that they believe it to be entirely without fabrication.

Gaita’s words are searing in the context of watching, and simultaneously tweeting during, the live coverage of the House of Commons questioning of another Australian father and son – Rupert and James Murdoch – over the News of the World phone hacking scandal. More viscerally for me however was watching, alongside my Egyptian flatmate who was in Tahrir Square earlier this year, the Mubarak boys, carrying Qurans, clad in white gowns, and shielding their decrepit father Hosni Mubarak as he lay on a hospital bed behind bars. It was truly a historical moment – and relayed live to the other side of the world. The burdens of bearing the fathers’ sins and vice versa were apparent in both of these media spectacles.

Many western commentators have pointed to the patriarchal politics that is at the heart of Arab despotism where governance is passed around like a gerontological baton from father to son – Syria, Jordan, Morocco & Libya. The leading foreign correspondent, Robert Fisk, makes this connection too. He opens, in article a couple of weeks ago, with a description of Rupert Murdoch as “a caliph, I suppose, almost of the Middle Eastern variety. You hear all these awful things about Arab dictators and then, when you meet them, they are charm itself.”

But even Fisk, in his articles, has occasionally lapsed into an almost casual orientalism that solidifies the image of the Arab leader as a demi-God or a father figure to his rebellious children – that is, the citizenry – who do not know their own political good; one who is invariably western educated and returns to run the family business of autocracy with an orientalist disdain for his country’s trivial problems of not having basic services and freedoms provided.

More recently Thomas Friedman, the self-proclaimed expert on the Middle East, asks: “That is, once these regimes are shucked off, can the different Arab communities come together as citizens and write social contracts for how to live together without iron-fisted dictators…?” Friedman still sees democracy, and the unprecedented trial of a corrupt dictator, with due process, as intrinsically outside of the Arabs’ political DNA.

What Fisk & Friedman, unfortunately albeit in different ways, are unable to recognize is the chaos of multiple technological, political, social, economic, religious and, most of all, age dynamics and split loyalties currently at play in the so-called Arab street, where there has been a lot of gains and there are still more to come.

What is being witnessed not just in Tahrir Square but in other regional towns across Egypt and the Arab world are the organic operations and intricate mechanics of more than just an Arab spring or summer. Mubarak’s trial is a reminder to the other Arab autocratic governments, and to the western governments who prop them up, not to peddle in false dreams of freedom that disillusioned our fathers in previous decades.

Farid Y. Farid is a doctoral candidate and freelance writer based at the University of Western Sydney

This post was first publish at New States Man