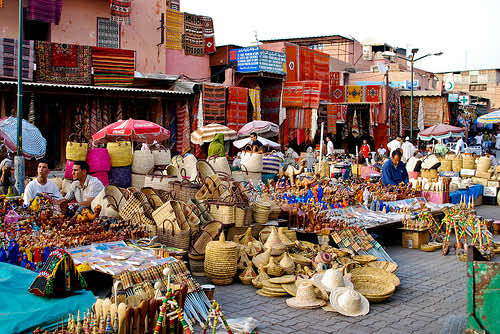 While phosphates and viticulture show positive growth and returns, the tourism sector is still dormant and the real estate market is still languishing.

Exports of natural and chemical fertilizers hiked 85% to stand at 9.4 billion dirhams, compared to 5.1billion dirhams last year, with a 32.4% rise in volume.

The Office des changes noted that the fertilizers’ average export price reached 4,724 dirhams per tonne, against 3,381 dirhams in June 2010.

Viniculture in Morocco spans over an area of 49,000 hectares of vineyards yielding an annual production of 230,000 tonnes of grapes, including 172,000 tonnes of table grapes, Agriculture and Fisheries Minister Aziz Akhennouch said.

The Minister, who was speaking recently during the annual festival of grapes in the commune of Charrat (south of Rabat), said that 71% of the area dedicated to the production of table grapes is in the regions of Doukala, Al Haouz, Benslimane, Rabat-Salé, Khemisset and Essaouira, while the wine grape vineyards are to be found in the regions of El Hajeb, Khemisset, Meknes, Gharb and Melouis.

Akhannouch highlighted the importance of the viticulture in the green Morocco plan to boost agricultural production, noting that vineyards generate no less than 196 million dirhams annually

Morocco’s property bubble has burst. Starting in 2003, during the period of four years, prices have almost doubled or tripled depending on the city. in the region of Marrakesh, rates are down about 20 percent. Offers  now exceeds demand.

This post was first published at The View From Fez