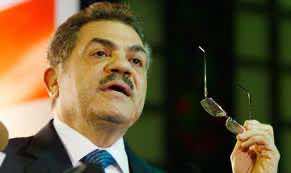 Egypt’s liberal Wafd party said on Sunday it may quit an electoral deal with the Muslim Brotherhood, highlighting growing tensions between liberals and Islamists over their vision for Muslim-majority Egypt.

The pact’s aim was to allay fears that Islamists would seek to dominate debate about a new constitution, due to be re-written after parliament is elected. Some liberals fear Islamists want the constitution to create an Islamic state.

Growing public criticism of Islamists may also have prompted Wafd to reconsider whether it should stay in the pact that some in the Wafd party saw as an electoral asset but which might now be proving a liability, analysts say.

The Brotherhood’s Freedom and Justice party, seen as the best prepared for the parliamentary election expected in November, announced a pact with Wafd and 16 other mainly liberal leaning groups in June.

“It seems that the Brotherhood has retracted its position from the document that all members of the alliance have signed setting general rules that the new constitution must have,” Yassin Tageldin, Wafd’s deputy chairman, told Reuters.

He said Wafd understood that the agreement laid down principles to ensure that when re-written would establish a civil state.

The Brotherhood, which insists it wants a constitution that respects Muslims and non-Muslims alike, have said the pact was not a statement of principles about any constitutional debate but covered how groups would behave before elections.

Essam el Erian, deputy leader of the Brotherhood’s party, said his party would not commit to any position about the constitution until parliament assigned a committee to draft it. He also questioned that Wafd would quit the pact.

“I will be surprised if Wafd decided to leave the alliance, there will be no reason for that,” he said.

Islamists, enjoying unprecedented freedoms after the fall of Hosni Mubarak in February, have faced criticism by many activists for appearing to side with the army now ruling Egypt.

Some internal squabbles in the Brotherhood’s broad network have also emerged about how hard to press the army for change.

Analysts say that may be prompting Wafd to reconsider whether tying itself to the Brotherhood, which initially seemed to give it greater influence, is now the right way forward.

“Wafd moving out of an alliance with the Brotherhood indicates that liberals are starting to feel they could gain support on their own especially now after the strong criticism that many Islamist groups including the Brotherhood have been subjected to,” said political analyst Emad Gad.

Wafd led a popular uprising in 1919 against British occupation. The party was one of the few allowed to operate in Mubarak’s time. Many saw its opposition to Mubarak as toothless and suggested it had been co-opted. But it became more brazenly opposed to Mubarak shortly before the uprising.

Another Wafd leader, Essam Sheha, told Egypt’s al-Mal newspaper that his party wanted to leave the pact after “the Brotherhood … raised slogans calling for a religious state”.

It was a reference to a demonstration on July 29, that was dominated by Salafists with a very strict view of Islam, whose slogans included saying said Islam came before any constitution.

The Brotherhood did not back the calls but did not reject them either. It said everyone had the right to voice their view.

Wafd’s head Sayyid Badawi wrote in a statement in his party’s paper that all groups should unite, but said no single movement should force its will on others.

“The revolution happened for the sake of building a new, democratic and fair state … and that will not be achieved if one political party or movement imposes its visions and opinions regardless of the numbers of its supporters,” Badawi wrote.