Morocco World News
Home News Morocco He Has a Dream 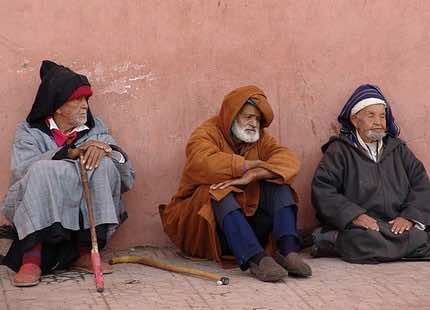 A week after Moroccans voted in favour of the constitutional reforms King Mohamed IV unveiled in his June 17th speech, one of my family members was rushed to the state hospital in a taxi due to a sharp pain he felt in his kidneys.

After asking him a few a questions about his disease, the doctor gave him a prescription. One of the medicines the doctor prescribed for my family member was a painkiller. The doctor told him that the latter was available for free at the hospital.  He therefore referred him to the nurse that would provide him with the painkiller. But the nurse, after taking a look at the prescription, said he had run out of such a painkiller, asking him to buy one from a nearby pharmacy.

“I would not have come to the state hospital if I had had enough money. I would have consulted a private doctor! But the pension I monthly receive can’t provide me with basic necessities in life, let alone consulting a private doctor. Regrettably, this is how the Moroccan government rewards a retired soldier who spent twenty-four years of his life in the Sahara fighting the separatist Polisario Front…”, my family member shouted at the nurse.

His shouts scared the nurse. “Calm down, please! I will bring you the medicine from another pharmacy in the hospital” said the nurse to my family member.

He rejected the nurse’s offer and left the hospital. The reason? He wanted to be treated while in the hospital as a Moroccan, not as a retired soldier who was willing to die, so that his country can live. For him, the nurse wouldn’t have promised to bring him the medicine hadn’t he known he was an ex-soldier in the Sahara.

My family member is an example of retired soldiers who were ready to sacrifice their lives for their country, and who will die without seeing their dream come true: a Morocco where all Moroccans are equal, and where no Moroccans have more privileges than others.

When I asked him whether the “new” constitution would mark the start of his dream Morocco, he replied saying “naive are those who think that the new constitution will give birth to a  Morocco totally different from what it was a few years ago!”