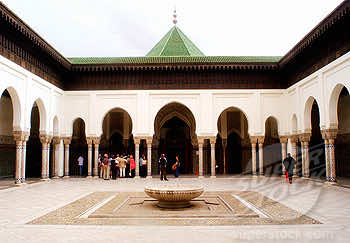 Marseille, France– Between 100 and 150 new mosques are being built in France as Europe’s biggest Muslim community seeks to end the controversial practice of people praying in the street because of a lack of places of worship.

Mohammed Moussaoui, president of the Muslim Council of France (CFCM), said the projects were at various stages, from design to near-completion. France is estimated to have up to seven million Muslims out of a total population of 65 million.

Most of the money comes from French Muslims, with much less help coming from overseas than in the past, Mr Moussaoui told the French radio station RTL in an interview to mark Ramadan.

Although resentment at the spectacle of worshippers spilling into the street from small, crowded mosques is generally associated with the French right, Muslims are quick to point out that the practice offends them, too.

Mr Moussaoui said Muslims were unhappy that so many people had to endure “undignified conditions of worship” because of the shortage of adequate accommodation.

But he also had a message for French politicians inclined to exploit concerns about the growth of Islam.

While it was important that the problem was being addressed by the construction programme, he said, “those who have compared praying in the street to the [Nazi] occupation are also those who oppose the building of mosques”.

Muslims are sometimes photographed observing Friday prayers in the street at Barbès-Rochechouart, a quarter with large Algerian and Moroccan populations in the 18th administrative district of Paris, and outside a tiny mosque serving a Tunisian district in the centre of Marseille.

In Marseille, France’s second-largest city with a Muslim community estimated at 250,000, more than a quarter of the total population, there is widespread recognition of the need for a Grand Mosque.

The symbolic first stone was laid last year at the site, a disused livestock market and abattoir, but the project has been beset with funding problems and policy differences.

Muslim leaders in the city may take heart from a success story at the other end of the country.

Eleven years after building permission was first sought, a new mosque for 2,000 worshippers, designed by Paolo Portoghsi, architect of Europe’s biggest mosque, in Rome, opened in time for Ramadan in Strasbourg. That project, too, had to overcome protracted financial and political difficulties.

Dalil Boubakeur, rector of the Grand Mosque of Paris, has estimated that France needs to double its number of mosques from the present total of about 2,000.

Emphasising the social benefits of freeing Muslims from the “pressure, frustration and sense of injustice” they felt, he chose a dramatic way last year of justifying the need for more worship facilities: “Open a mosque and you close a prison.”

The French president, Nicolas Sarkozy, once agreed. When finance minister, he published a book, The Republic, Religions, Hope in which he suggested updating France’s cornerstone 1905 law separating church and state to meet modern needs.

Arguing for an easing of the ban on state money being used for religious purposes, he said ensuring every major French town had an adequate mosque would help counter the extremism sometimes preached by self-styled imams in makeshift prayer rooms in tower block basements.

However, some local authorities have found ways – from tax concessions to low-cost land leases – of helping mosque projects come to fruition.

Riposte Laïque (Secular Response), a lobby group that staunchly defends the 1905 law, has even accused Mr Sarkozy of defeating its spirit by doing nothing to stop such aid, notably where new buildings are designated as cultural centres or Islamic institutes, entitled to funding even if they also have prayer rooms.

A new mosque for Barbès-Rochechouart will therefore benefit from subsidies of up to €20 million (Dh105m) from the public purse, according to Riposte Laïque.

On official estimates, the number of mosques in France has already doubled from 1,000 in a decade.

And Mr Moussaoui’s comments about new projects coincides with a Ramadan poll conducted for the daily newspaper La Croix, showing that French Muslims are now much more likely to practise their faith than Roman Catholics.

Two-thirds of French people still declare themselves Catholic, according to research last year by the Ifop polling institute, but only 15 per cent of them attend services except for christenings, weddings and other ceremonies.

For La Croix, Ifop found 41 per cent of people born into Muslim families practised their faith, reflecting a steady rise in recent years (the proportion was 33 per cent only four years ago). About a quarter say they “generally” attend prayers every Friday, compared with 16 per cent 15 years ago.

Ramadan is widely respected, 71 per cent of French Muslims observing the fast whereas only 60 per cent did so in 1994.

“Ramadan is a practice as much cultural as religious, respected by the entire community, even by those who do not believe or no longer practise,” Franck Fregosi, a leading French analyst of Islam, told the newspaper.