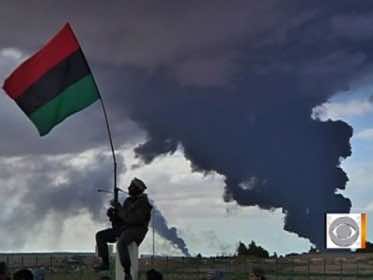 Libya’s rebels have set up a force to protect oil fields that have come under their control during six months of fighting against the army of Muammar Gaddafi, rebel officials said on Monday. OPEC member Libya holds Africa’s largest crude oil reserves and produced 1.6 million barrels of oil a day before an uprising against Gaddafi’s 41-year-rule erupted in February.

Since then international sanctions have stopped oil exports from Gaddafi-controlled areas, while shipments from the rebel-held east of the country ground to a halt after pro-Gaddafi forces attacked oil installations in the desert. Rebel military officials said they were determined to prevent any more sabotage, possibly opening the way for the resumption of exports from terminals in the east. “There are forces prepared just to protect the oil fields,” said Ahmed Bani, defence spokesman for the rebels’ National Transitional Council, which is recognised as Libya’s legitimate government by about 30 countries.

He said the force had been ordered to fight anyone trying to attack the oil fields and facilities. “We’ve supplied them with weapons, vehicles and night-vision equipment,” he said. Bani declined to reveal how big the force was, saying only that it was: “Big enough to protect the whole oil fields under our control.” An area of focus for the force was south of the town of eastern Ajdabiya, he said, where there a number of oil fields which supply terminals on the Mediterranean coast.

The rebels are battling Gaddafi’s forces on several fronts including around the coastal oil town of Brega, to the west of Ajdabiya and southwest of the rebel’s capital of Benghazi. A spokesman for the fighters clashing with Gaddafi’s forces on the outskirts of Brega said protecting the town’s oil facilities was a priority. “We fear that when the Gaddafi troops pull back they will destroy everything,” said the spokesman, Mohammad Zawawi.