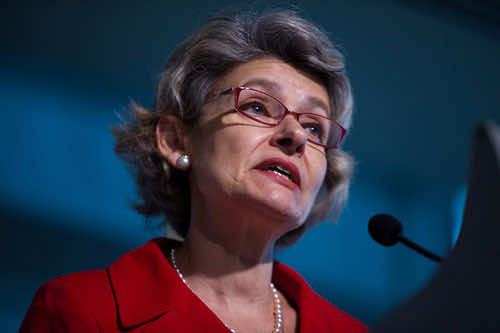 “Media outlets should not be targeted in military actions,” UN Educational, Scientific and Cultural Organization (UNESCO) Director-General Irina Bokova said in a statement, citing a Security Council resolution from 2006 that condemns acts of violence against journalists and media personnel in conflict situations.

“The NATO strike is also contrary to the principles of the Geneva Conventions that establish the civilian status of journalists in times of war even when they engage in propaganda,” she added. “Silencing the media is never a solution. Fostering independent and pluralistic media is the only way to enable people to form their own opinion.”

NATO issued a statement saying that the strike was conducted in accordance with Security Council resolution 1973 adopted in March, which authorizes the use of “all necessary measures” to protect civilians in Libya, where the regime of Muammar al-Qadhafi has conducted a military offensive against citizens seeking both greater freedoms and his removal from power.