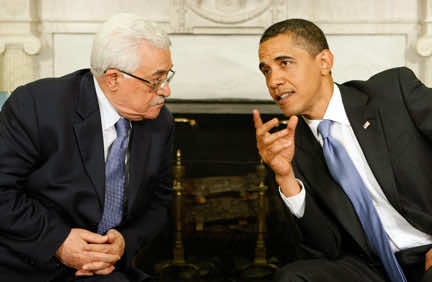 UN recognition would establish diplomatic parity between Israel and Palestine and confer international legitimacy to Palestine’s leaders and institutions. Backed by powerful members of the international community, Palestinian leaders could renew bilateral negotiations with Israel with a real sense of legitimacy and purpose. Despite the merits of this approach, the Obama administration opposes Abbas’s unilateral action. President Obama has dismissed UN recognition as a misguided and purely symbolic endeavor, while U.S. secretary of state Hillary Clinton has stated, “the international community cannot impose a solution on the parties.” Because the UN General Assembly vote depends upon prior Security Council approval, the United States as a permanent member could derail the vote by casting a veto.

The Obama administration should carefully consider the consequences of a veto. It would unequivocally cast the Obama administration as an Israeli partisan, damaging the United States’ political and diplomatic leverage in the region. Specifically, a veto will further alienate a Palestinian public already disenchanted with the Obama administration’s inability to pressure Israel into halting settlement expansion. In his May 19 speech , President Obama reaffirmed America’s solidarity with Israel and directly addressed Israel’s security concerns, while ignoring issues relevant to Palestinians. Representing a rebuke of Palestinian statehood, a veto will permanently eliminate the United States as a credible, even-handed mediator in the conflict.

On the other hand, U.S. support for Palestinian statehood would demonstrate the Obama administration’s determination to achieve a fair and lasting peace and, moreover, would reinvigorate negotiations. In addition to enhancing the Palestinian Authority’s diplomatic leverage, UN recognition would pressure Israel into compromising on substantive issues, such as the status of Jerusalem, settlements, and the borders of a future Palestinian state. In this way, UN recognition would serve as the impetus for renewed peace talks.

According to President Obama, “the United Nations can achieve a lot of important work. What it is not going to be able to do is deliver a Palestinian state.” Instead, Obama insists that only a negotiated peace between the Israelis and Palestinians will yield a Palestinian state. The president is right. However, UN recognition will enhance the Palestinian Authority’s diplomatic leverage and legitimacy, thereby increasing pressure on the Netanyahu government to make compromises. This will pave the way for a serious resumption of negotiations. The Obama administration should not miss this historic opportunity to improve its regional credibility, win favor among proponents of peace, and propel the peace process forward.

Naturally, U.S. support for UN recognition will require political courage. Taking a stand on a contentious and deeply divisive issue is especially unsavory amid a reelection campaign. Israel’s partisans and lobbyists will continue to pressure President Obama, but their position runs counter to American interests. Indeed, the American Israel Public Affairs Committee (AIPAC) executive director Howard Kohr recently suggested that the United States should flout its commitment to even-handedness and openly favor Israel’s position in the conflict. Kohr, and other votaries of Israel, brazenly disregard America’s national interest in fostering a peace process. Even-handed diplomacy is the only tenable U.S. approach to resolving the conflict. Only a balanced mediator can win the trust of both sides and, subsequently, broker meaningful concessions and compromises. In September, the Obama administration should ignore its detractors and endorse Palestinian statehood at the United Nations.

This post was first Published at International Affairs Review