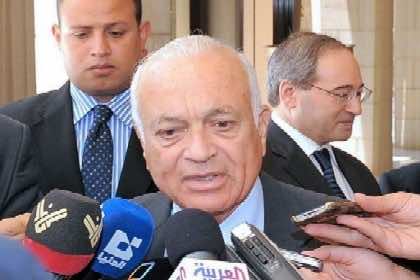 Cairo–Nabil El Arabi, the Secretary General of the Arab League, urged Syrian authorities to launch a “serious dialogue” with protesters seeking change in the autocratic country.

On Sunday the Arab league issued a statement quoting El Arabi as calling” on the Syrian authorities to bring an end immediately to acts of violence and campaigns by the security forces against civilians.”

In the statement, the Secretary-General also called on the government and the Syrian national forces to take all necessary steps to create an atmosphere that provides for a comprehensive national dialogue. He expressed the readiness of the Arab League to help Syria in this undertaking.

“What is happening in Syria worries the Arab League and all countries”, El Arabi said

“We hope that Syria will be able to overcome the crisis by peaceful means and by launching a serious dialogue towards the reconciliation that the people have been demanding,” he said.

El Arabi told reporters that when people take to the streets and seek change, presidents and governments must reach  solutions through dialogue without resorting to violence or use of force.

El Arabi stressed that according to its charter, the League of Arab States rejects foreign interference in the internal affairs of Arab countries, and that the league is keen on the safety and security of its member states and their political stability.