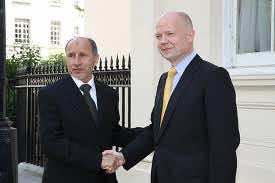 Libya’s rebel government, the National Transitional Council (NTC), said its diplomats will move into the London embassy previously occupied by the Gaddafi government on Tuesday, furthering its goal of international recognition.

Britain recognised the NTC as the country’s sole legitimate government in late July and said it would invite a new Libyan diplomatic envoy made up of members of the opposition.

Families of rebel civil war victims will hoist the red, black and green flag representing the Libyan rebel movement on Tuesday afternoon, the NTC said in an emailed statement.

The green Libyan flag of the Gaddafi government flew above the Belgravia building up until this weekend when it was wrapped around its pole. It has since been removed.

“The reopening of the Embassy symbolises how far we have come. The Embassy represents the legitimate government of Libya and in line with this, will serve all the Libyan community irrespective of their political allegiances,” the new charge d’affaires, Mahmud Nacua, said in a statement.