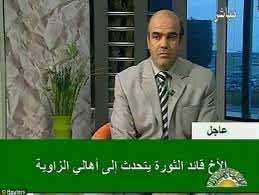 Libyan state media said on Tuesday dozens of civilians had been killed in a NATO strike on a village about 150 km (90 miles) east of Tripoli, and the alliance said it was looking into the reports.

Libyan state television showed the charred bodies of at least three young children who, it said, were killed by a NATO strike on Monday night on the village of Majar. It also showed wounded women and children being treated in a hospital.

The television station reported that a total of 85 people had been killed in Majar, but it did not say how many of these were civilians. The official Jana news agency said “20 families” had been killed, without giving a more precise figure.

Reuters was not immediately able to verify the reports of casualties. The government of Libyan leader Muammar Gaddafi announced three days of mourning for the victims, according to state television.

The village of Najar is near Zlitan, on Libya’s Mediterranean coast, where NATO forces have been mounting attacks on government troops.

A NATO official said the alliance hit a target in Zlitan on Monday night but he could not say if it was in the same location where Libyan state media reported casualties.