Morocco World News
Home News Middle-East What Does the U.S. Want to Talk to the Brotherhood About? 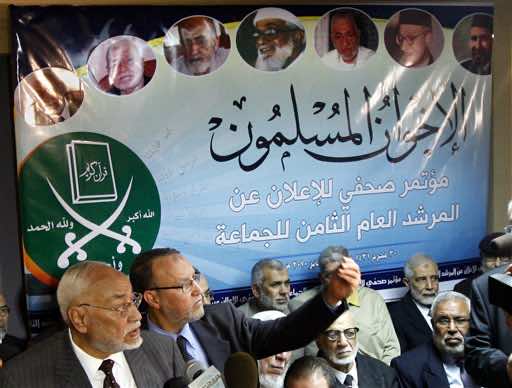 In a confusing set of statements at the end of June, Washington appeared to be taking a bold initiative and denying it at the same time. Secretary of State Hillary Clinton personally announced that “it is in the interests of the United States to engage with all parties that are peaceful and committed to nonviolence . . . .We welcome, therefore, dialogue with those Muslim Brotherhood members who wish to talk with us.”

But later that day, a State Department spokesman disavowed any change, noting that the U.S. relationship with the Muslim Brotherhood has existed on and off since roughly 2006. “Embassy officials and officials from Washington are permitted to engage with Muslim Brotherhood members, and we welcome this contact,” he said.

What is the real U.S. approach to the Brotherhood—the Ikhwan—and why does it have so much trouble explaining itself? Should the United States be choosing this time to wade into struggles for Egypt’s political soul by “engaging” the Muslim Brotherhood?

Having normal diplomatic contact with the Ikhwan makes sense. But trumpeting the policy in such a way is a mistake—it generates exaggerated expectations and fears all around. More importantly, it risks distracting from the real issue, which is whether Egyptian political forces can engage each other, not whether they can engage the United States.

In this sense, the later State Department announcement, while giving the policy a slightly misleading spin, may have been closer to the mark. The United States has never had extensive ties with the Brotherhood but neither has it generally treated the movement as a pariah; it has been careful about direct contact less because of fears about terrorism (the Egyptian Brotherhood has not engaged in political violence for many decades) and more because Egypt’s overthrown rulers were so sensitive about the subject.

Now that President Hosni Mubarak and his regime are gone, U.S. diplomats can do their job in Egypt as they have done it in other countries in the region for years. What we are likely to see as a result of the Obama administration’s move is not some grand dialogue between the United States and the Islamist movement but instead a slow and limited resumption of normal diplomatic contact with a leading social and political actor.

I do not mean to imply that the role of Islamists in Egypt’s political future is a minor issue. Indeed, as I wandered through a recent Islamist demonstration in Tahrir Square, I was impressed on many levels. With the enormous number of long-bearded salafi men attending, it must have marked the most imposing concentration of facial hair in one geographical location in world history. It also marked another step in the polarization of Egypt’s political life between Islamist and non-Islamist political forces. In the post-revolutionary environment, neither side is likely to win full control. They must ultimately come to terms with each other, however, and work out ways of peaceful political competition. But as the country reconstructs its political system—moving toward elections and the writing of a new constitution—the polarized rivals show only the most limited signs of reaching for common ground right now.

For the United States, the most important thing is to keep its eye on the ball of the Egyptian political process. The stakes are thus enormously high in the struggle over Egypt’s identity. Washington can signal very effectively that it supports that process by treating the Ikhwan as it would any other political actor with which it has policy disagreements—by engaging in discussions and attempts at persuasion. The main interlocutor for the U.S. government is, of course, the Egyptian government—but in a more democratic atmosphere, the United States also needs to establish regular ties with the various forces in the Egyptian political spectrum. That’s just normal diplomacy.

To cut through the hype, it’s helpful to review the actual record of U.S.-Brotherhood contacts since the movement’s reemergence in Egypt in the 1970s. Until the 1990s, U.S. diplomats did not go out of their way to avoid Brotherhood members, and it would have been hard to do so—they were strong in Egypt’s professional associations and prominent in its intellectual ranks (and occasionally in parliament as well). But when Mubarak’s regime turned its ferocious repressive tools against the Brotherhood, it signaled that it no longer accepted such contact as normal and the United States backed off.

Only in 2005, when eighty-eight deputies from the Brotherhood were elected to the Egyptian parliament, did U.S. behavior change, and then only in a minor (if bureaucratically precise) way: the United States disavowed any contact with the Brotherhood as an organization but it simultaneously indicated that it would not avoid members of parliament. From its side, the Brotherhood mirrored the U.S. stance: the movement indicated no interest in any sort of dialogue with foreign states (except in the presence of Egyptian government officials), but its deputies did accept normal diplomatic invitations as part of their parliamentary duties. That led to some people to speak of a U.S.-Brotherhood dialogue. But what actually took place was extremely modest: very occasional social contacts between a small number of U.S. diplomats and a few Ikhwan parliamentarians, supplemented by occasional phone calls. Officials in the U.S. embassy, Brotherhood leaders and WikiLeaks cables all confirm the very limited nature of U.S.-Brotherhood contacts.

This awkward policy ended when the Brotherhood wound up with no deputies in Egypt’s 2010 parliament. But Egypt’s January 25 revolution intervened before a new approach could be devised. A byproduct of that revolution was not only the emergence of the Brotherhood as a more significant political actor but also its legalization—or more formally, the licensing of the Brotherhood’s new Freedom and Justice Party, the first legal recognition of the Brotherhood in Egypt in over half a century. That U.S. diplomats would have contacts with a major legal party should be no surprise; the only strange element was that the secretary of state felt compelled to announce that contacts would take place. And, to the best of my knowledge, no meetings have followed this policy change.

What explains the awkwardness on the part of U.S. officials (reciprocated by an equally uncomfortable attitude on the part of Brotherhood leaders) and the stutter-stop nature of the contacts? In fact, there are enormous reasons for sensitivity on both sides. For the Americans, there are not only the debates among foreign-policy elites concerning the correct attitude toward the Brotherhood as well as the issues raised by the Brotherhood’s ties with Hamas and more general fears about Islamists; there is also the growing prominence of Ikhwanophobia in certain intellectual circles as well as in some specific congressional districts. In short, the U.S. attitude toward the Brotherhood has become a bit of a domestic as well as a foreign-policy issue.

The Brotherhood has concerns as well. The movement as a whole has positions sharply different from those of the United States, making some leaders leery of any contact. But there is another, more powerful reason for reservations, too: Brotherhood leaders constantly have to contend with suspicions in Egypt that they are somehow favored by (or have in some ways come to a deal with) the United States. Even the tenuous and limited contacts of the 2005-2010 period set off accusations from the Brotherhood’s adversaries within Egypt (and even the regime itself) that the Brotherhood was acting in concert with the Americans. (Lest anyone rush to cite this as another example of Arab inclinations to conspiracy theories, it should be remembered that similar suspicions of secret Brotherhood alliances with Iran, al-Qaeda, Nazi Germany, the Mubarak regime and the current military rulers have arisen in political analysis in the United States over the years.)

Thus, any U.S.-Brotherhood contact is likely to be limited, cautious and stilted. That is no reason to avoid it, but it is a reason to have very modest expectations of what any dialogue can accomplish. Such contact is not about a grand bargain between the two sides but about each side educating the other as to its positions—or really about each side educating itself about where the other stands. The contribution made to American diplomacy will be modest but real. And there will be a similarly modest but real contribution to Egyptian politics—it will communicate that the United States treats the Brotherhood as a normal political actor and that fear of the movement cannot be used anymore to justify repressive or exclusionary policies to a global audience. In many other countries—Kuwait, Tunisia, and Morocco—this is standard diplomacy and politics when it comes to Islamists. It should be in Egypt as well.