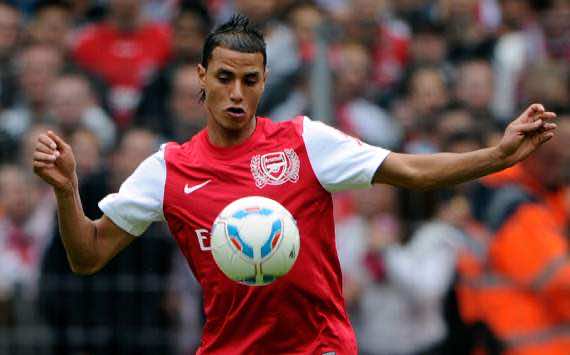 Fabregas is still being linked with a return to Barcelona whilst Nasri is reportedly close to joining Manchester City and Chamakh fears they will depart the Emirates Stadium when Wenger has players lined up to step into their shoes.

“I think both players will quit the club,” the Moroccan striker told L’Equipe.

“I don’t think it’s a matter of money for the Fabregas or Samir deals being held up, I think it is a case that the manager is looking for their successors and he hasn’t been able to find them.

“I think before letting them go, he wants to find the players to replace them. That’s my opinion about the situation.

“The problem is the season starts this weekend, and it’s even more difficult for us now.”

He added: “I think in the situation the club is in, they should only let one leave.

“Cesc – he’s wanted to leave for several seasons because he’s born in Barcelona.

“But Samir is now in a situation where he has one year left on his contract, so if they don’t sell him this summer he will leave for free at the end of the season.

“Is the club ready in a situation to refuse a little bit more than £17.5 million (€20m) to keep a good player for just one season?

“I would like Samir to stay at the club. It’s very strange – at a club like Arsenal – that he’s now been left with one year on his contract.

“It is bizarre that they have not managed to sign an extension with him.”