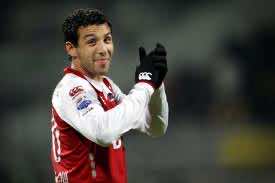 PSV coach Fred Rutten has stated that his club face an uphill task to lure Ajax attacker Mounir El Hamdaoui away from Amsterdam as they can’t afford the Morocco international.

Rutten is desperate to add a new forward to his squad and recently revealed that he considers the 27-year-old El Hamdaoui to be the perfect solution.

“I won’t write someone off until the transfer window closes on August 31. Nevertheless, we can’t afford El Hamdaoui under the current conditions,” Rutten told Algemeen Dagblad.

The PSV tactician then went on to discuss the situation of Wilfred Bouma and Erik Pieters, who were both dropped from the starting XI for the Eredivisie opening day defeat to AZ last weekend.

“I have already spoken with Wilfred and everything has been solved. I have told him that we will not allow him to leave. That’s also the case for Pieters.”

Pieters has reportedly attracted the interest of Newcastle United, but the Premier League side have yet to make an official offer for the Netherlands international.