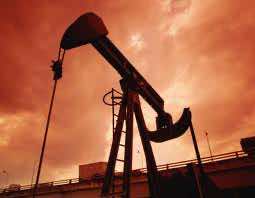 Civil war shut off Libyan oil supplies to Austrian energy group OMV and Italian refiner Saras in the second quarter, driving down profits and clouding the outlook in the region.

OMV said the unrest in Libya would continue to halt its production there for the rest of the year while Saras, which swung to a net loss, said it will reduce refining runs in the second half to help offset the shortfall.

“We see that with the political situation in North Africa, even once the war is over … it will take many, many months until production starts up again,” OMV Chief Executive Gerhard Roiss told a news conference in Vienna.

Saras, Italy’s No. 3 refiner, is normally a big buyer of Libyan crude, with some 35 percent to 40 percent of supplies coming from the North African country.

“Until the Libyan situation stabilises I don’t see Saras doing great things, it’s a catalyst for the stock,” a Milan-based analyst said.

Analysts said that while OMV had either met or beat some estimates, giving the stock a boost, the outlook was uncertain.

“At first glance, OMV’s numbers do not dispel the grey clouds hanging over its upstream division in recent months,” Wood Company’s Bram Buring wrote in a research note.

OMV’s Libyan production was normal until February 20, then plunged to zero as the revolt against Muammar Gaddafi’s rule forced it to turn to other countries for oil. It obtained around a tenth of its production from Libya last year.

The group has a long-term stake in Libya with 12 exploration and production licences and Libyan petroleum contracts running up to 2032 with the state National Oil Corporation (NOC).

“There are two partners. We are still in official contact with the NOC but this is in force majeure. Like many others we are also speaking to the (rebel) National Transitional Council,” OMV exploration and production chief Jaap Huijskes told journalists, adding that no new contracts had been agreed.

He also said there were signs that sites in Libya had been damaged but that the extent of this was unclear.

In its half-year report, Saras said it had established ties with the new political structures being created in Libya, adding this had allowed it to close a commercial deal.

In July sources said a tanker carrying crude oil had sailed from Benghazi to Sardinia, as Libya’s rebels sold the last of their stockpile to raise urgently needed funds.

OMV had better news in Yemen, saying that oil production had reached about 7,500 barrels per day after a pipeline damaged in a March attack reopened. But it warned that more disruptions were possible due to political instability there.

Saras, which swung to a net loss of 44.3 million euros from a profit of 2.4 million euros a year ago, said its refining margin in the second quarter fell to $0.5 per barrel versus $1.2 per barrel a year earlier.

A shortfall in Libyan production and the weak dollar also hurt Total and Eni SpA while Italian refiner Erg has said it was expecting worse refining results in the second half of the year.