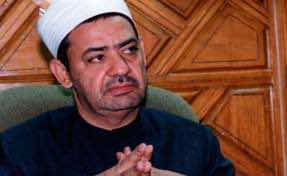 Al-Azhar Grand Sheikh Ahmed Al-Tayeb, the head of the most influential Islamic institution among Sunni Muslims, called on Monday on the Syrian government to stop the bloodshed immediately.

In a statement, Tayeb said that Al-Azhar “has been patient for a long time but the situation has gone too far.”

The Grand Sheikh said “Al Azhar had avoided discussing the Syrian case due to its sensitive nature… but the situation has gone too far, facing unarmed people with gunfire…over several months, during which lives have been wasted.”

“There is no other solution except to put an end to this Arab and Islamic tragedy,” he said.

Tayeb went on to say that Al-Azhar must “declare that the situation has gone too far.” Tayeb appealed to Al-Azhar officials in Syria to look after the proud Syrian people and to help them through the tough time.

He added that the Syrian people’s current suffering is an unacceptable human tragedy about which it is impossible to remain silent, and that spilled blood only serves to inflame revolutions.

The statement comes as the Secretary-General of the League of Arab States has also spoken out for the first time against the violence in Syria, and as the governments of a number of Arab countries are breaking the silence in this regard.