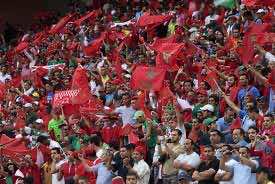 Morocco defeated Senegal 2-0 in an international friendly played in Dakar, the Senegalese capital on Wednesday.

Hossine Kharja and Youssef El Arabi scored for the visitors in front of a half full Leopold Senghor Stadium.

Eric Geret’s men showed great composure away from home to underline their preparedness ahead of their African Cup of Nations 2012 qualification game against the Central African Republic in September.

The Terenga Lions coached by former international Amara Traore will look to shake off this defeat when they next play Cameroon in Yaounde in their Group E Afcon qualification game next month.