Morocco World News
Home Z-Headlines Facebook hijacked: Will anyone there answer the phone? 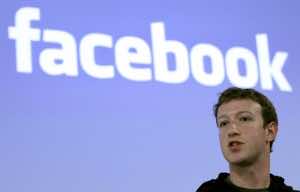 Like about three-quarters of a billion other folks, Elisa Zuritsky enjoyed connecting to her friends and family through Facebook. Then, on Memorial Day Weekend, someone hijacked her account and she learned what untold others have: Facebook doesn’t have a phone number to help you work out your problems.

After a couple of months of emails, pleas for help and even blogging about her frustration of trying to get back what she’d lost, Zuritsky’s Facebook page was still tied up by the scam artist who had been sending messages to her friends and family asking them for money. Zuritsky, a TV producer and writer, was supposedly in London and in desperate need of cash.

From New York, and only in desperate need of a Facebook fix, Zuritsky says it has been painfully frustrating to get emails directing her to do the same things over and over again, only to end up with the same result.

“How about a number that you call? I don’t understand,” she says. “What’s the problem? They can afford to have a team of people who are troubleshooting for their frustrated users.”

Being able to afford to and actually doing that are two different things. Facebook spokesman Frederic Wolens says the company decided its electronic-only approach is the way to go.

“Consistent with the practices of other major providers of free online services, we offer email and Web-based support for Facebook because it enables us to most effectively and efficiently serve our over 750 million users worldwide,” he says.

Zuritsky’s not alone in her upset over the policy. Complaint boards are littered with unhappy users who just want to talk to a human being. Here’s one recent comment:

Good luck contacting anyone to do anything. Amazing thing is how can the people who make tons of money off of this site ignore everyone.

Zuritzky says she had that same experience: “I’d find myself in the nonsensical loop of instructions.”

Wolens says users whose accounts are taken over should follow Facebook’s’ advice.

“I recommend that everyone try www.facebook.com/hacked as their first option when trying to recover their account,” he says. “Through email correspondence, our User Operations team is able to verify the account owner via their email address and use automated methods to prioritize requests, making sure we’re handling the most critical requests first. We also offer an online help center that we are constantly improving to enable users quick and easy access to answers to the most frequently asked questions.”

Jo Ann Parris, a customer service expert whose company, Convergys, counsels other companies on how to best handle consumer issues says people still want to talk to real people to resolve their complaints. Nearly half of all consumers in a broad survey by Convergys said that was their preferred method of first contact with a company, well ahead of email or live chat.

“I can understand Facebook in that they’re trying to be low cost,” says Parris, a vice president in the company’s Orlando, Florida, office. “Typically what we recommend is that your simple transactions you’d want to automate.”

One day, she says, the electronic systems will be so good that they could solve most any problem. But we’re not there yet.

“Most businesses have something that has a complexity to that you’d like to give them the ability to talk to a live person,” Parris says.

As for Zuritsky, her months of struggling to get back her account finally ended this week after Reuters brought her plight to the attention of certain people at Facebook. If you’re one of her friends and you hear from her, there’s a good chance it’s really her.